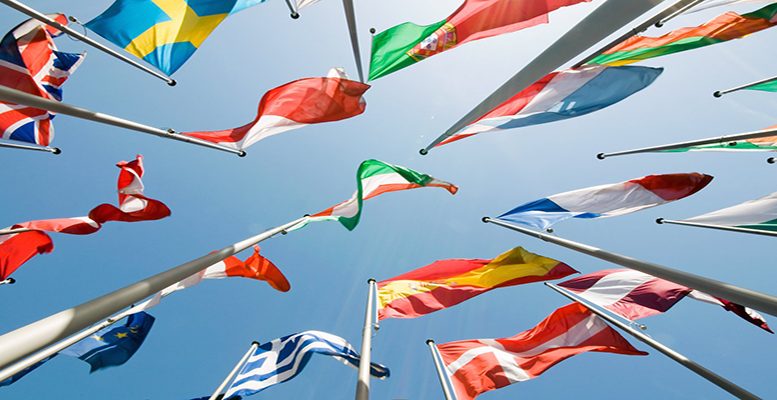 Europe, where everyone is against everbody else. The victory in Italy of the populist Five Star Movement and Lega has shattered into a million pieces the slight possibilities of having a more united Europe, or a more federal one, or whatever you want to call it. A movement devised by French President Macron, which he would like to lead in conjunction with Germany.

Time and again this movement, which the euro is making necessary (“when a currency is born, either a nation or a problem is born”) is going to find itself up against a brick wall. Some times this wall originates in Italy, like now, but it also originates in small countries like Holland, which has announced it does not even want to hear any talk of federalism.

As far as Italy goes, the populists, who are frankly anti-euro, have won. If they could find a dignified way of breaking with the euro, they would do it now. But for the time being, any escape route is ruinous when your debt is 130% of GDP denominated in euros. So it’s less attractive for them to talk about increased union. That said, every problem becomes a revindication, like Italy’s request for Europe to intervene in its immigration problem, but the rule is that this is each country’s internal problem. Hungary and Poland, for their part, howl when they lie to them that they should open their frontiers. Paradox after paradox.

With respect to the small countries, they are very happy with their position as allies of Germany which has a similar ideology. Their problems with populism are important and increasing – as they are in Germany -, but they would be even bigger if they were carried along by European federalism.

To paraphrase Marx, “there is a spectre hovering close to Europe and this spectre is…anti-Europeanism.” There is a line dividing every country, between the anti-Europeans – or populists – and the classic parties, who have lost the comfortable absolute majority. The “Grand Coalition” between Merkel and the socialists in Germany is still holding up for the time being, the status quo, literally, because of course we are not going to see any move towards more union. If anything, we will see steps backward…There is the sensation that Europe, as we know it, has reached its limit. It’s hopelessly clinging on to making it difficult for the UK with Brexit. It would be a very good thing if the UK went back on its decision, but that’s unthinkable. In any event, with or without Brexit, there will no change in the deep divisions from country to country which, whether we like it or not, splits Europe in two.