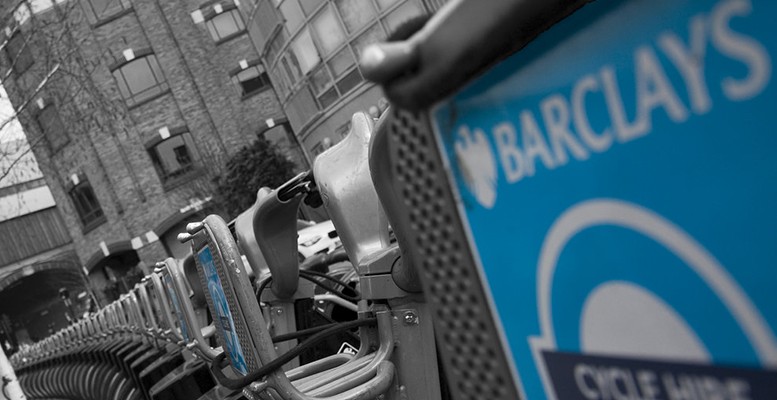 Fernando Barciela | In the United Kingdom, Barclays announced it has cut its profitability target for 2016 since the upcoming changes required by regulators in the UK and in the United States would weigh on its results. Standard Chartered, another UK bank, will eliminate 1,000 of 4,000 senior-management jobs. And in Switzerland, Credit Suisse is raising 6 billion Swiss francs of fresh capital while cutting back the amount allocated to securities trading.

All these banks now have new chief executives who are cleaning house and making very difficult decisions such as shedding jobs, selling off assets and nursing their fragile balance sheets. Most of the cleaning up required will take place in the investment divisions of these banks. This is the case with Deutsche Bank, which will halve the number of customers in this business where 30% of clients produce 80% of revenues.

Experts say there are many reasons to explain what is happening. First of all, lending is not growing as qualified borrowers reduce their exposure and some profitable lending doesn’t work any more. Another issue is poor profitability as ultra-low rates wreak havoc with banks’ business models – the cost of borrowing money is virtually zero nowadays – and capital rules are tighter. Tougher capital standards are necessary to ensure banks are less vulnerable in a crisis, but getting there is having a negative impact on earnings

The banks also have to cope with more stringent restrictions and regulations.  Barclays, for instance, is preparing for new rules requiring riskier investment banking businesses to be ring-fenced. The costs of separating its retail and investment banks in the UK – so-called ring-fencing – will push up core costs to around £14.9 billion next year. And let’s not forget fines and penalties. Deutsche Bank is suffering the effect of regulatory charges related to investigations over allegations it violated sanction agreements by conducting transactions with Iran, Sudan and other countries. The bank also faces investigations over alleged Russian money laundering.

All this begs the question:why have the US banks not been affected so much? Experts explain that while US lenders restructured quickly after the global financial crisis and are now in growth mode, European rivals have been slower to adapt. The US banks solved their problems earlier because the authorities there forced them to raise capital, shrink their balance sheets and start shaping up for the new regulatory environment. Many were compliant with Basel III long before the deadline. In Europe, consensus can take a while to happen, so the measures have only recently been finalised and many  have yet to be implemented. Furthermore, in the U.S. they have a real single market, something that does not exist in Europe. Despite moves towards European banking union, the continent remains a patchwork of competing interests.

The situation is worrying. US banks are gaining market share in the world and European bankers are complaining that the continent’s investment banks are being pummelled by their US rivals. The top five US investment banks have increased their share of the global wholesale financial market from 48% to 59% over the last five years. Now, some bankers like Barclays’s John McFarlane and Société Générale’s  Frédéric Oudéa say the only way to compete with US rivals is through a major merger. But experts say this is hardly likely and wouldn’t solve anything anyway.