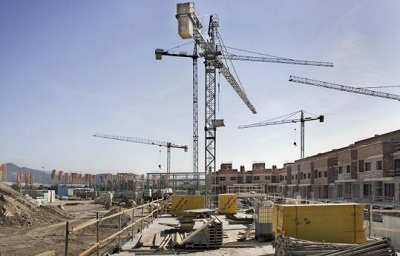 MADRID | European Commission vice-president Viviane Reding, who is also the EU’s Justice commissioner, highlighted Friday an announcement by the Spanish government that it intends to improve legal certainty for property owners along the country’s coast. Homes have been affected by the Coastal Law for several years now and buyers involved have repeatedly brought their case to Brussels, under the impression that Spanish authorities were not sufficiently active in tackling abuses.

The Coastal Law or Ley de Costas aims to protect local habitats by designating an area along the entire coastline as a public domain. However, many home owners claim the law, particularly the way it has been applied, breaches their rights.

“Many of those affected by the Coastal Law are European citizens who have exercised their right of free movement and invested their savings in Spanish property,” the Commission said in a public release.

Spain is now proposing to reform the law to ensure an effective protection of the coastal environment while bringing more legal certainty to homeowners and promoting economic and other activities such as leisure and tourism.

“The Spanish Government is right to protect Spain’s beautiful coastline,” Reding explained, “and I applaud the care it is now taking to do so in a way that enhances legal certainty and due process for citizens who own property on the Spanish coast or who are thinking of doing so.”

The preliminary draft law will be available online over the coming weeks. The Justice commissioner said she plans to call on everyone who owns or wants to buy property in Spain to look at the draft law to understand what these changes would mean and to make any necessary comments. The note clearly expresses that commissioner Reding is backed by the Commission and send a direct message to Madrid:

“The new Spanish law aims to improve legal certainty for European citizens and businesses and therefore also their confidence when investing in a foreign legal environment. This is good news for citizens, but also for the Spanish economy.”

The draft law would extend the period of the existing concession to enjoy possession of properties built in the protected zone (public domain) from 30 years to 75 years. It would also introduce the possibility to sell this interest in the property, subject to prior authorisation, and to renovate the buildings situated in this zone under some conditions.

In addition, the public administration will be obliged to register the definitive and provisional demarcation line in the property register, so that purchasers will be better informed about whether the property is situated in a protected area and the exact location and extension of this area. The demarcation lines will also be published on the website of the Spanish ministry for Environment.