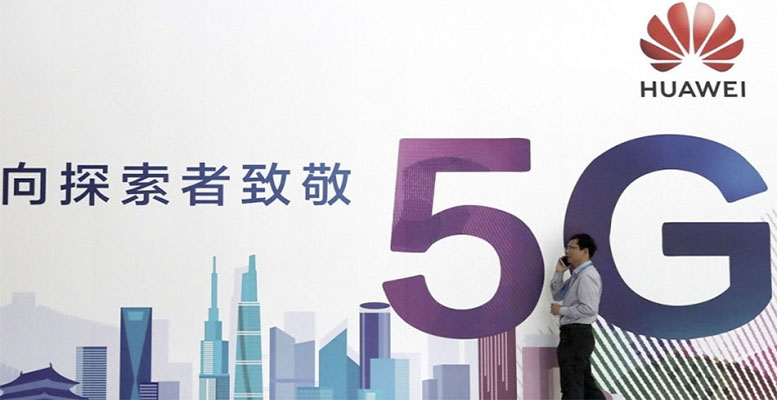 The Dutch report in particular marks an important development, as it indicates a shift away from the narrow-focused debate over Huawei’s involvement in 5G. Indeed, while concerns over handing the Chinese tech titan the keys to the EU’s next generation telecoms infrastructure were perfectly valid, it’s far from being the only thing European policymakers should be worried about. Away from the 5G media circus, Huawei and other Chinese companies are steadily making concerning forays into other essential sectors in Europe.

5G the tip of the iceberg

The next-generation network known as 5G promises to revolutionise telecommunications—but has gotten off to a rocky start in Europe. Though the continent’s lagging rollout compared to the US and Asia is troubling, the predominant worry for European leaders has been how to cope with the enormous influence that Huawei, the technology giant with allegedly tight links to China’s army and intelligence services, has over 5G deployment.

As the biggest player in the global 5G equipment market, Huawei’s reach worries tech experts and security leaders alike. Indeed, an increasing number of European countries have effectively banned Huawei’s equipment from their 5G networks and are implementing plans to “locally source” the required equipment from European businesses instead.

But while Huawei’s influence over the 5G market has fallen under a continent-wide spotlight, European leaders are only now beginning to realise how Huawei and other Chinese companies have gained footholds in other, equally important sectors. The reports released earlier this month by Dutch and Finnish intelligence officials laid out in great detail how 5G is just the tip of the iceberg of Beijing’s expanding influence.

The Dutch report astutely highlighted the dangers posed by Chinese influence in another vital industry—the energy sector. EU leaders are striving to position the bloc at the forefront of the energy transition by making the shift to green energy a core part of its post-pandemic recovery plans. Italy’s new prime minister Mario Draghi, for example, has created a new ministry for green transition, while France has earmarked a third of its relief funds for the cause.

As the EU accelerates its green transition, however, it will have to sidestep a familiar problem—dependence on Chinese components which may pose security concerns. Of particular concern is the fact that Huawei is the world’s top supplier of the inverters which convert the DC electricity produced by solar panels into AC electricity to be fed into the grid, a vital part of any solar energy system. With almost a quarter of the entire inverter market in their pocket, Huawei once again finds itself in a position where it wields immense power in a sector with significant national security implications.

American lawmakers from across the political spectrum have already sounded the alarm over the fact that giving companies like Huawei leverage over a country’s electrical grid could pose a major national security risk and allow Beijing to disrupt electricity supplies. In fact, members of the US Congress became so perturbed by the prospect of using Huawei equipment in the solar power sector that Huawei shut down its U.S.-based solar energy business amidst the controversy.

The issue has received significantly less attention so far from European policymakers, but they should be similarly worried about the prospect of installing Huawei components in their power grids. Though it’s vital that Europe speed up its deployment of green energy—experts have advised that the EU will need to double the pace of its renewable rollout in order to hit its 2030 emissions targets—this acceleration must be executed using trustworthy components, not ones which could be used to cripple the bloc’s power grid.

Foothold in the banking sector

Though Huawei has courted particular controversy, it’s not the only potential conduit of Chinese influence in Europe. Indeed, the recent Dutch intelligence report also singled out the banking sector, where—if it’s not as acute a risk as Huawei’s involvement in key components of 5G networks or the solar grid—Chinese fintech firms could pose a problem for European banks and Europeans’ personal data alike.

The payment services which dominate the Chinese banking sector are keen to expand overseas. With market leaders such as AliPay, QQ Wallet and WeChat Pay already banned in the US as potential security risks over concerns that they could be used to track American users and even compile dossiers on them, Europe will undoubtedly become an important overseas market for these apps unless European policymakers take similar action.

Indeed, a growing number of European companies enter partnerships with AliPay in order to better accommodate Chinese tourists who are used to paying for everything using their AliPay smartphone app. The fact that 93 percent of polled Chinese tourists said they would spend more money if mobile payment were widely available is likely to prove an irresistible incentive for many European businesses. Once in place, it’s likely that the ease of use that Chinese payment apps offer will attract plenty of local users as well, inexorably giving Beijing a foothold in European banking.

Whether through low prices, market domination or convenience, companies associated with the Chinese state are encroaching on some of Europe’s key industries. Until now, EU governments have largely focused on the risks presented by Huawei’s 5G equipment. The recent Finnish and Dutch intelligence reports, however, have driven home the message that Europe also needs to take measures to safeguard other important industries, including energy and banking.