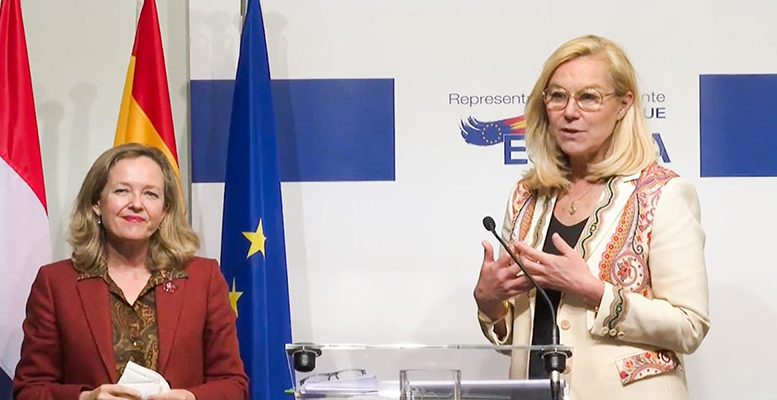 The proposal to reform fiscal rules presented by Spain and the Netherlands to the Eurogroup on Monday has been warmly welcomed. The European Commission likes what the document says. “It’s going in the right direction”, said the Commissioner for the Economy, Paolo Gentiloni, at the end of the Eurogroup meeting on Monday, in which all the finance ministers of the euro area are represented. The Italian also acknowledged that the initiative had caused him some surprise – a pleasant surprise – due to the identity of the drafters: “Two countries that are usually in different positions [on economic issues]”.

“One can hope that the Commission may opt for an extension of the escape clause”, the Dutch minister pointed out at a press conference in relation to the rules of the Stability and Growth Pact that limit the public deficit and debt of the member states. They were deactivated by the pandemic and were scheduled to be reactivated in 2023.

A perspective shared by Calviño, who pointed out that they are still awaiting the European Commission’s proposal. A decision in this direction, Kaag pointed out, would be backed by the current circumstances and, according to Calviño, should not give rise to an “intense” debate.