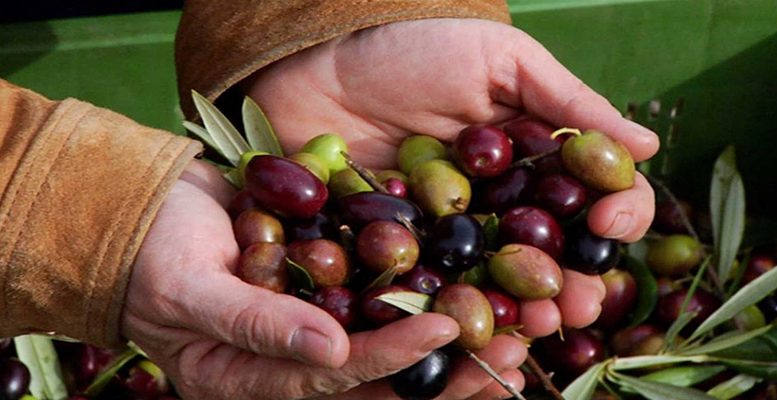 European Views | The third European conference on Xylella Fastidiosa last month brought together scientists from more than 60 countries to address the disease that become an existential threat to olive trees across the continent and to the European olive oil sector, which generates more than €5 billion a year and represents 67% of the world’s supply.

This fatal plant disease, which hit particularly hard during 2020, tops off what has been a difficult year for olive oil producers. Whether due to an incurable disease, unfair nutritional labelling, or freak weather conditions, times have never been rougher for the sector. Without concerted action, many of Europe’s olive oil producers could be driven out of business.

Xylella Fastidiosa, dubbed “olive leprosy”, was first discovered in Italy’s Apulia region in 2013, where it was slowing growth and wilting leaves before ultimately killing trees. The disease has now contaminated over one million olive trees across Italy, Spain, and Greece, where 95% of EU olive oil is produced. Labelled by the EU as “one of the most dangerous plant bacteria worldwide”, the overall damage to the industry is difficult to quantify – but experts nonetheless predict this epidemic could generate losses of €34 billion over the next 50 years.

No cure has been found to date, but while scientists seek out treatment options, one stop-gap solution involves planting trees resistant to the bacterium. New saplings take up to five years to produce fruit, making this an option that requires patience many producers can ill-afford. As such, the most effective extant solution is to eradicate infected trees, including ostensibly healthy plants which might carry asymptomatic infections. Unfortunately, such a stratagem can only work if all growers cooperate, and many producers are understandably opposed to the idea.
The conundrum of climate change

In Greece, erratic weather landed a one-two punch on the harvest when severe drought withered trees before an onslaught of torrential rain attracted swarms of olive fruit flies which ravaged the olives. In Spain, a historic blizzard in January struck olive groves near Madrid, while in France, production has bumped along the bottom for two years now, following consecutive storms. Just last month in Italy, freezing temperatures damaged the yield of olive trees by up to 60 percent.

Nutri-score: a grade system that is failing olive oil

Even with the accumulating difficulties facing olive oil growers, a number of European governments and lawmakers are attempting to implement policies on front of pack (FOP) nutritional labelling which could add to the sector’s already considerable woes. The Nutri-score system, a French contestant for a bloc-wide FOP label under the EU’s Farm to Fork Strategy, was designed to reduce obesity levels by guiding consumers to make healthier choices. Critics, however, contend it instead discriminates against a number of single-ingredient foods with proven health benefits, including olive oil.

The Nutri-score label attempts to achieve this by using an algorithm to assign a single colour-coded ‘grade’ from A to E, produced from an amalgamation of the saturated fat, sugar, protein, and salt content of a given product. But because the algorithm bases its score on a 100ml portion and fails to take vitamins or micronutrients into consideration, Nutri-score’s one-size-fits-all scale slaps olive oil with a middling yellow ‘C’ at best. Olive oil producers in Italy, Spain, and Greece all fear this grade will have knock-on consequences on their European sales, and particularly their exports to some of the northern European markets now implementing Nutri-score.

While Italian political leaders have responded with a forceful rejection of Nutri-score, Spanish olive growers have been left trying to decipher their own government’s stance. The Spanish Minister of Consumer Affairs, Alberto Garzón, might have exempted olive oil from the Nutri-score when Madrid introduced it in February this year, but he continues to insist on the introduction of the label more broadly.

Spain’s olive oil producers, together with its storied ham and cheese producers, see Garzón’s stance as an effective endorsement of a label they perceive to be an attack on the Mediterranean diet, and especially the proud culinary traditions of southern Spain. In Nutri-score’s stead, critics such as the Spanish Association of Origin Denominations (Origen España) propose adopting what they consider a fairer label: the Italian FOP candidate Nutrinform.

Food and health experts in other EU member states have also spoken out about Nutri-score’s inherent issues, with members of the olive oil sector in Greece describing the label’s skewing of public understanding of healthy foods as a “great danger”. Indeed, the science behind the scheme has provoked a backlash from nutritionists such as Professor Phillipe Legrand, director of the Laboratory of Biochemistry and Human Nutrition at the Agrocampus-INSERM Institute, who contends oils should be judged by content of “essential fatty acids, omega-6, omega-3, and saturated fatty acids”. The growing outrage from producers, who are increasingly joining forces with critics of Nutri-score, highlights the damage the label could do to one of Europe’s most iconic agricultural products.

While Nutri-score is still an optional scheme and can yet be countermanded, the olive industry’s other dilemmas are likely to be far more lasting challenges. The impact of these threats can be mitigated through scientific research, new farming initiatives, and careful policymaking, yet all of these requires political will and sufficient resources. As the conference on counteracting Xylella Fastidiosa made clear, there are no silver bullet solutions for the sector’s ecological problems; addressing them will require concerted, industry-wide endeavours.