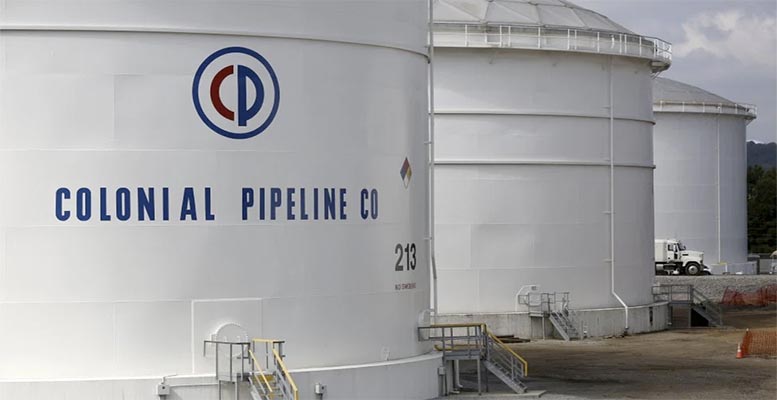 Colonial Pipeline Co has a capacity to transport 2.5mn barrels of gasoline and other oil products per day

Aneeka Gupta (Wisdom Tree)| Colonial Pipeline Co., a supplier of gasoline, diesel, and jet fuel to the eastern US, was forced to halt operations on Friday owing to a ransomware attack that affected some of its IT systems. Colonial Pipeline Co is the largest U.S. oil-products pipeline (with a capacity to transport 2.5mn barrels of gasoline and other oil products per day) has been closed for more than two days. With little clarity over when the pipeline’s full capacity will be restored, crude oil prices are climbing along with gasoline. This has led to the crack spread of US gasoline versus WTI Crude oil rising to US$62.4 per barrel.

If the outage were to last for an extended period of time it could have far reaching effects on the oil markets extending beyond the US and impact Europe as well. In order to plug the shortfall in gasoline in the US East Coast we could see Europe start to ship gasoline to the US. Amid the disruption, there could also be calls to suspend Jones Act. The law requires goods shipped between US ports to be moved on vessels built, owned, and operated by the nation’s citizens or permanent residents. President Joe Biden could invoke an array of emergency powers to ensure supplies keep flowing to big cities and airports along the East Coast. So far, some tankers are being secured to temporarily store gasoline in the US Gulf in the event of a prolonged shutdown. Traders may start sourcing replacement cargoes. However, the ability to move gas by ship across the coast could be hampered by tighter regulations by non-US flagships. Colonial Pipeline is working out a restart plan and the White House has set up an inter-agency task force to address the breach. Pipelines remain an important concern because of the central role they play in the US economy.

The Colonial outage could lend a tailwind to gasoline prices which comes at a time of peak demand for gasoline as we enter into the current driving season in the US. Consumption of fuels including gasoline and jet fuels have been rising as consumers return to work as restrictions have been lifted. Gasoline stockpiles have hovered near a four-month low since March, while diesel inventories are just above the five-year average for this time of year. Given the uncertainty around the legal framework and disruption of critical infrastructure at a time of rising demand, gasoline prices could remain elevated for an extended period of time.