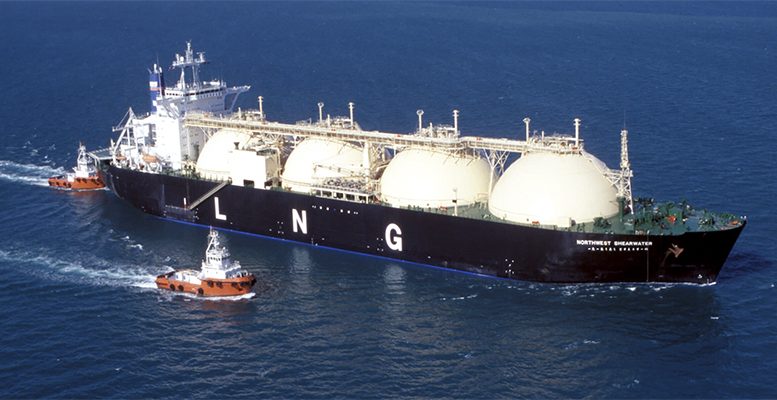 Michael Bradshow ( The Conversation) | The UK government has been in emergency talks with leaders from the energy industry as gas prices (and with them, electricity prices) have soared to more than four times the level they were at the same time in 2020.

Concerns are growing about the security of winter gas supplies, and industries reliant on gas, such as the fertiliser industry, are curtailing production, threatening various supply chains. Consumers are facing significant price increases and energy regulator Ofgem has already had to raise its price cap, and may have to do so again.

Some smaller energy companies have gone out of business and others may follow. Amid all this, the government continues to maintain that the UK benefits from a diversity of sources of supply of natural gas. This is true, but it obscures the nature of the problem facing the country.

The problem is not the UK’s physical supply of gas, about half of which comes from its own production sites with the rest piped in from Europe or shipped in as liquefied natural gas (LNG) from the US, Qatar and Russia. The issue is the price the UK has to pay to continue receiving these supplies.

Traditionally, Europe uses the summer, when gas prices are lower due to limited heating demand, to fill reserves for the winter. Following the closure of the Rough storage facility – a depleted gas field in the North Sea – in 2017, the UK has no long-term storage. Wind power generation has remained lower than average during summer 2021 due to calm weather. Together with high carbon prices in the EU (which reduced the level of coal-fired power generation), more gas than usual has been used to generate electricity, leaving less gas to go into storage.

This is where things get complicated. There are now allegations that Russia deliberately withheld supplies of gas to north-west Europe over the summer to ensure the timely approval of the recently completed, but highly controversial, Nordstream 2 pipeline linking Russia to Germany via the Baltic.

Gazprom and the Kremlin deny this, stating that they met all contractual requirements. But evidence does suggest that pipeline deliveries to north-west Europe dropped compared to previous summers.

Part of this can be explained by a lack of investment in new sources of supply in Russia, partly in response to Europe’s continuing ambivalence to Russian gas imports and uncertainty over the future role of gas in the EU’s energy strategy. Unsurprisingly, Gazprom prioritised filling domestic storage and the high gas price means it can make plenty of money with lower exports to Europe.

Higher prices in Asia have attracted gas exports from the US. More recently, the lasting impact of the pandemic on shale production has been complicated by damage from Hurricane Ida. US domestic gas prices are also high and LNG exports have fallen. All of this is likely to be short-term – though the bulk of US LNG export capacity lies within “Hurricane Alley”.

The government published a study in 2017 which found that the UK’s energy system could weather a prolonged disruption to global LNG supply and supplies of Russian gas and maintain domestic gas demand if “consumers are willing to pay for it”. The researchers did not think it likely that both shocks would happen simultaneously, yet this is just what has happened. Although it is unlikely to last for a long time, it will affect prices in the coming winter.

The security of the UK’s LNG supply is even more precarious because very little, if any, of the LNG delivered to the UK is under firm contracts. In 2019, the UK imported 18.7 billion cubic metres of LNG, accounting for 39% of natural gas imports and one-fifth of total supply.

My ongoing research suggests that most UK LNG imports are sourced on the short-term spot market. And the UK is not considered an attractive market for LNG traders and is often seen as a destination of last resort for excess cargoes when the market is over-supplied.

So, what could have been done differently? The government decided against supporting the building of new gas storage facilities in 2018, suggesting that if it was supported by the market then industry would build it. Numerous storage projects remain on the shelf.

Even before the government’s net zero by 2050 declaration in 2019, there was great uncertainty about the future role of gas in the UK. Two pathways present themselves: one with a very limited role for natural gas in which large swathes of heating and transport are electrified, and one which phases out natural gas more gradually and replaces it with hydrogen.

The government seems to be pursuing a confused mixture of the two. Perhaps it should acknowledge the current vulnerability of national gas supplies and revisit the need for long-term storage, or rethink its support for synthesising hydrogen fuel from natural gas.

The gas crisis has highlighted the lack of a coherent strategy to manage the gas industry as the UK transitions to a net zero economy. The lack of any industry investment in new capacity suggests that there is currently no business case for new long-term storage in the UK, especially as gas demand continues to fall.

Various UK governments have trusted market mechanisms to deliver UK gas security, assuming that sufficient and affordable gas would always be there by default. Now UK consumers are having to pay the cost of such an approach, and this winter promises to be particularly challenging.