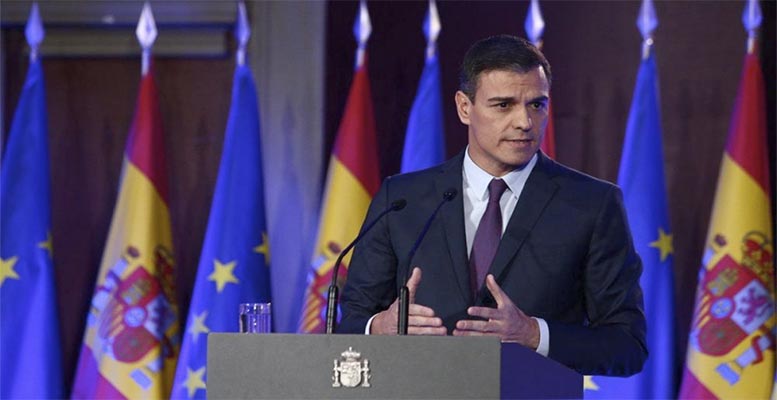 J.P. Marín-Arrese | The Opposition accuses the Spanish PM of clinging to power regardless of the ways and means for achieving that goal. He indeed broke his electoral promise of never coming to terms with extreme-left Podemos. Before the polls, he told voters he wouldn’t sleep in peace sharing his bed with that party’s leader. After Election Day, he rushed to set up a coalition government with him, making his former insomnia a subject of derision. He also broke his promise never to cave in to Catalan separatists. Now he cajoles them, their support proving vital for preserving his premiership. That said, few politicians would behave otherwise given the circumstances. Their unusual job just requires surviving every week until Friday afternoon and paving the way for coming first after the pole at the next electoral contest.

PM Sánchez governs comfortably, counting on robust parliamentary support from many groups who increasingly fear that right-wing parties might prevail in a snap poll. But now trailing in the opinion polls, he is focusing on plans for reversing that trend and snatching victory two years from now. His strategy is grounded on solid prospects of sound economic growth. You couldn’t find a better winning card. Full recovery is underway, providing an ideal platform for preserving a majority backing. Ousting an outgoing government favoured by strong tailwinds always proves a daunting task. However, Sánchez wants to wrap up this delivery with a social bonus. No wonder he justified his latest Cabinet reshuffle before the summer break as aiming to achieve a fair recovery, grounded on a steady increase of the minimum wage.

Much to his regret, electricity bills increased, forcing him to act following a somewhat clumsy and highly interventionist path. Worse still, his coalition partner has taken all the merit for every social benefit the government approves. On minimum wages and power prices, Podemos’ leading minister was able to boast of having the upper hand over her Socialist colleagues. So Sánchez’s strategy backfires, dampening his party’s prospects of clocking up a decent result.

Such a setback could turn the Spanish PM’s strategy into a losing bet, should high inflation rates curb earnings and lead to spiralling costs. This outlook, potentially sapping the competitive edge and downgrading growth prospects, doesn’t seem unlikely across Europe. It would immediately prompt the ECB to unwind its current accommodative stance. It might also fuel fears about the sustainability of indulging in huge deficits and mounting indebtedness. As the tide turns, Spain would prove very vulnerable as the public finances’ performance looks far from fair. Officials and analysts are downplaying the inflationary threat, considering the present bout as temporary. Yet, should it gain momentum, it might derail Sánchez’s comeback plans.