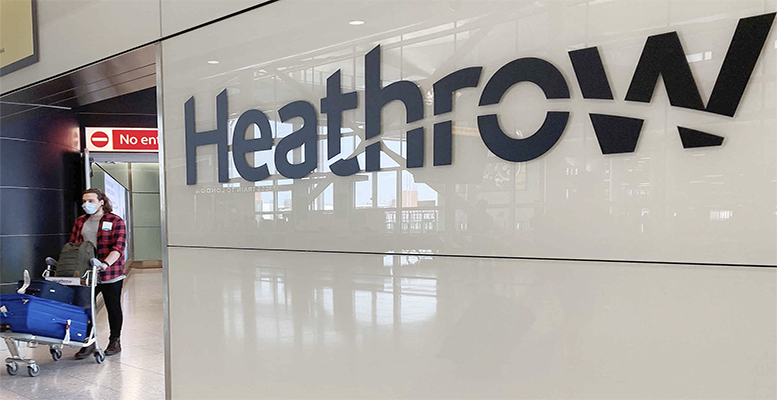 More than 3 million passengers used Heathrow airport in October, encouraged by the easing of UK travel restrictions prior to the Autumn half-term holiday. Spanish infrastructure group Ferrovial is the largest stakeholder in Heathrow, with 25 percent.

The London hub catered for nearly 100,000 passengers per day in October, up 144% from a year earlier. The biggest increase in flights was recorded for North American and Middle Eastern destinations, with a 375% and 236% rise respectively. But despite clocking up six months of consecutive growth, passenger traffic is still 56% below pre-pandemic levels.

Analysts comments: Although there is an improvement in the October figures, the comparison with pre-pandemic levels show there is still a long way to go before passenger traffic recovers completely. That said, while we believe the evolution of traffic is important, we need to pay attention to the ongoing regulatory process to determine the terms of Heathrow (H7)’s regulatory period. The process is turning out to be much longer than estimated. H7 should come into force on January 1 2022, but the Civil Aviation Authority (CAA) is not expected to publish its definitive proposals until Q1-Q2 22. And the new conditions and the modification of the licence will not take effect until July-August of that year.

In the meantime, Heathrow has proposed a price of GBP 37,64 per passenger for 2022. The CAA, for its part, has put forward GBP 29,5 (the mid-point of the range presented for the whole period), which would be adjusted after the final decision on H7. The responses to the consulation on provisional charges in 2022 have to be presented before 17 November.

The CAA also published its initial proposals for the H7 regulatory period in October of this year. They showed that there is a big difference between Heathrow’s vision for the next five years and that of the CAA as regards what is an adequate level of charges. Amongst other differences, the CAA’s proposals imply a higher level of traffic, increased commercial revenues and lower operating costs with respect to what Heathrow has put forward. One of the other main differences between Heathrow’s criteria for H7 and the CAA’s view is that the airport believes its ratios should be coherent with with an A- credit rating (the current ratings of class A bonds are BBB+/A-). Meanwhile the CAA believes the company will continue to be able to raise finance with a BBB+ or even a BBB rating.

In any event, we believe that Heathrow has adapted well to this very difficult situation. It has implemented measures such as ample cost cuts and a change in the profile of its swaps. It has also obtained additional liquidity and has held on to a good position within the group of UK airports. We therefor reiterate our Neutral stance in its bonds.