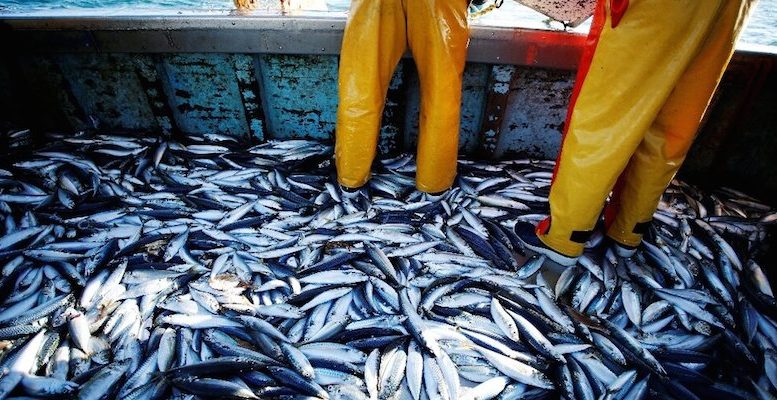 European Views | It’s usually China, Japan and the US that come to mind first when the issue of overfishing is brought up, but what’s often overlooked is the fact that the EU has to take a big part of the blame as well. Brussels may not be sending fishing fleets across the oceans, but many of the bloc’s environmental policies have serious unintended effects in the world’s far-flung regions. A look at the EU-induced overfishing along the West African coast is a poignant reminder of the unintended consequences of the EU’s flagship environmental policy package, the European Green Deal (EGD) – and a lesson on what happens when policy implications are not thought through to the very end.

Paying the price in West Africa

At the core of the issue is the EDG’s focus on aquaculture, which is incentivising local fishermen to catch young fish for fishmeal production. The product is used as a cheap livestock feed across the world, and while use is tightly regulated in the EU, it remains a major food source in industrial agriculture. According to Eurostat, Senegal exported 582 tonnes of fishmeal to European farms in 2020. Between four and five kilos of forage fish are needed to produce one kilo of fishmeal, and with demand from Europe growing, it’s no surprise that fishing in West Africa is reaching unsustainable levels.

Consequently, the impact on local Senegalese fish stocks has been devastating. Fishmeal factories have all but taken over the fishing economy, and the higher rates of pay compared to selling catches locally only further disincentivises fishermen from pursuing responsible fishing practices. Female fish-processors, once a key figure in Senegal’s small-scale fishing industry, are all but out of a job. Yet European lawmakers are seemingly unaware about the impact of EGD maritime policy beyond European borders. Of the €6.1bn budget for the EU’s Maritime, Fisheries and Aquaculture Fund (EMFAF), a huge share has been allocated to aquaculture projects – primarily because it’s carbon footprint is thought to be much lower than that of traditional agriculture.

Environmentalism done right in the Democratic Republic of the Congo

The EDG is a prime example of the difficulties involved in achieving coherence in climate policy at a time when popular pressure to act is reaching new heights, leading to idealist rhetoric all too often clashing with a more sombre reality on the ground. This drives home the complexities of environmental protection in practice. Yet that doesn’t mean that the EU’s efforts are pointless. In fact, the main issue with EU policy is not that it exclusively produces unforeseen negative externalities, but it’s inconsistency across the board. The good gets mixed with the bad: if somewhere the EU contributes to overfishing, it also prevents deforestation elsewhere as a credible actor.

Such was the case during the COP26, when Brussels identified the Democratic Republic of Congo (DRC) as a “solution country” to climate change and promised closer cooperation. The DRC is home to the second largest tropical forest in the world after Brazil, offering the world a carbon pool and biodiversity reserve of existential importance. This designation comes after DRC President Felix Tshisekedi called on the West to step up and help Africa adapt to new climate conditions and protect her extraordinary biodiversity. At the COP26, Tshisekedi, who is also the current chairman of the African Union (AU), was one of several leaders who highlighted the vulnerability of the continent, calling on the world to contribute half of the $25 billion needed to run an adaptation program over the next five years.

In light of this, it was only consequential for Brussels to step up to the plate, especially since the EU already has several environmental projects underway in the DRC. Under NaturAfrica, the EGD’s biodiversity strategy, European policymakers are dedicated to protecting ecosystems, strengthening links between protection and Indigenous communities, and expanding economic opportunities in the green sector. In the DRC, this commitment has already given rise to the financing of protected areas, the bolstering of anti-poaching measures, and the supply of renewable energy to communities and businesses. One of the most significant ones is a project for green charcoal from sawmill waste, rather than from chopping down more trees.

In the meantime, Tshisekedi has shown an extraordinary willingness to support European efforts by, for example, suspending controversial logging concessions in an effort to fight deforestation in the Congolese basin rainforest. Last month, he called for an audit of the entirety of the country’s forest concessions, including one granted in September 2020 for an area of rainforest covering some 1.4 million hectares. This was supplemented with efforts to plant one billion trees in the Congo basin by 2023 as part of the AU’s overall drive for sustainability and prosperity in Africa under Tshisekedi’s chairmanship.

The benefict of civil society approaches

The fact that the impact of the EGD in some policy areas and world regions is an anathema to the policy’s stated goals is no doubt embarrassing for Brussels, given that the EU lawmakers are keen to position themselves as a strong force for environmental protection worldwide. In fact, the EGD in particular and the EU more broadly have been criticised for aiming low and ailing at short-term objectives.

But its short-term goals are relatively easy to achieve and can be justified as important steppingstones that build the base for more advanced, longer-term objectives. Importantly, the EU’s civil society approach in the DRC – illustrated by the financing of the green charcoal project that provides a cheap energy resource for the majority of the country’s population, among others – is showing much more success than its industry-centred approaches. The results of the latter, on the other hand, can be observed in West Africa, where it is directly exacerbating the rapid depletion of important fish stocks.

The EU should heed these lessons and concentrate on civil society-focused approaches, no less because they are also a means for country leaders to get more actively involved and help stabilise potentially volatile regions as the positive effects of the effort become evident. Only then can Brussels truly claim to have coherence in its environmental policy.