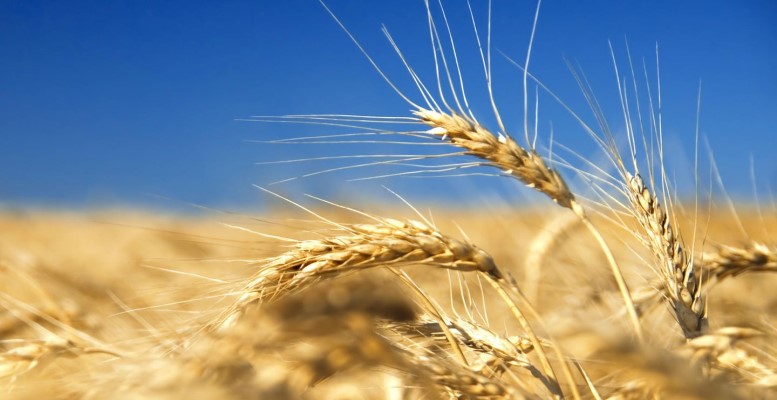 Ángel Luis González Esteban (The Conversation) | The Russian invasion of Ukraine has raised fears about the supply and prices of wheat, an essential foodstuff for millions of people. Numerous headlines have echoed the international escalation of prices, while popularizing the expression the breadbasket of Europe to refer to Russia and Ukraine. Will there be enough wheat for everyone?

It is somewhat ironic to ask this question in the European Union, since the problem for more than half a century has not been scarcity but abundance. In fact, the measures taken to combat the undesirable effects of oversupply (such as prices considered insufficient to ensure a fair income for farmers) have helped to shape new issues that are now taking on particular relevance.

From hunger to binge eating

To understand the configuration of wheat production, consumption and international trade since the end of World War II, we must go back to the collapse of the 1930s. Wilfried Malembaum, one of the authors who studied the interwar situation in depth, drew attention to the fact that the accumulation of surpluses and the ruin of farmers in the exporting countries (United States, Canada, Australia and Argentina) coexisted with another implacable reality: the unsatisfied needs of millions of hungry people in other parts of the world.

The transfer of all these surpluses to deficit regions was prevented by insurmountable barriers (income, institutional…) and would have required fundamental changes in the consumption patterns of these populations. Thus, after World War II, a formula was sought to reconcile the situation of need in a large part of the world with the mountains of wheat that were accumulating in some rich countries.

At the end of the war, the United States was responsible for 80% of world wheat exports. As for the European countries, the post-war shortages soon gave way to a surplus situation similar to that of the United States and other exporters, such as Canada. A decisive contribution to this was made by a protectionist framework based on the objective of guaranteeing the availability of foodstuffs but, above all, of securing farmers’ incomes.

Protectionist measures – necessary to implement guaranteed price policies and covered by the 1947 tariff agreement (GATT) promoted by the United States – were soon complemented by export subsidies and food aid programs. Of particular importance in the United States was the Public Law 480 or Food for Peace Act, passed in 1954. Many developing countries accepted this aid thinking, among other things, that cheap wheat imports would help their industrialization processes.

The geopolitics of wheat

In the context of the Cold War, some exporting countries saw in the control of the wheat tap a sea of extravagant opportunities. Malembaum himself suggested, in his 1953 book, the possibility of using U.S. wheat surpluses as a tool of foreign economic policy.

Earl Butz, Secretary of State under Nixon and Ford, noted that “the hungry only listen to those with a piece of bread” and warned that food was a tool, a weapon in the U.S. negotiating arsenal. In his 1979 Merchants of Grain, American journalist Dan Morgan documented how the flows of subsidized U.S. wheat to Chile were interrupted after the election of Salvador Allende in 1970, only to resume after the 1973 coup.

He also recounts how numerous embargoes were imposed on the Soviet Union, which could not prevent lurid episodes such as the great grain theft. In 1972, the Brezhnev administration secretly negotiated with U.S. companies, which ended up selling $150 million worth of U.S. taxpayer-subsidized wheat to the Soviet Union.

Beyond the use of wheat as a weapon, there is an interesting debate on the extent to which the agricultural policies of industrialized countries helped shape the policies of wheat-importing countries, affecting the evolution of both consumption and domestic production.

Regardless of the role played by exporters, the fact is that international trade in wheat has increased tenfold in the last seventy years (by more than three times in per capita terms) and that these flows have increasingly gone to low-income countries.

As organizations such as La Via Campesina and other advocates of the food sovereignty movement have been warning for decades, this puts them in a weak position in the face of international price crises (such as the 1972, 2007 or the current one).

On the other hand, the European Union – the region that absorbed most of the international wheat flows before World War II – has consolidated its position as a net exporter of wheat. Some see this as a merit of the common agricultural policy (CAP), just as some see the agricultural policy of the rich countries as one of the reasons for the stalemate in the Doha Round negotiations.

Repercussions of the war

Although it is still too early to estimate the extent of the war in Ukraine, it is to be expected that the conflict will affect the productive capacity of both Russia and Ukraine, due, among other things, to their reduced capacity to acquire inputs, labor shortages and logistical difficulties.

Both countries account for a relatively small share of world wheat production, but since the collapse of the Soviet Union they have emerged as major exporters (together they account for about one-third of world exports). The destination of their exports, however, is not Europe, but Africa and Asia.

There is no risk of shortages in Europe: the European Union has its own granary. It is possible, however, that some exporting countries will restrict their exports to ensure their supply.

The case of Spain is relatively exceptional within the EU, as it became a major importer of wheat, mainly as a result of its accession to the community.

Although part of Spanish imports originate in Ukraine, most of them come from France and other EU countries. The rise in international prices – which had already been felt in the wake of the pandemic – will be felt in Spain, but the impact will be moderate, among other things because, as in other rich countries, the consumption of wheat and wheat products represents a small percentage of their income.

The situation is much more worrying in low-income countries that are highly dependent on imports, especially those that have traditionally subsidized wheat consumption, such as Egypt.