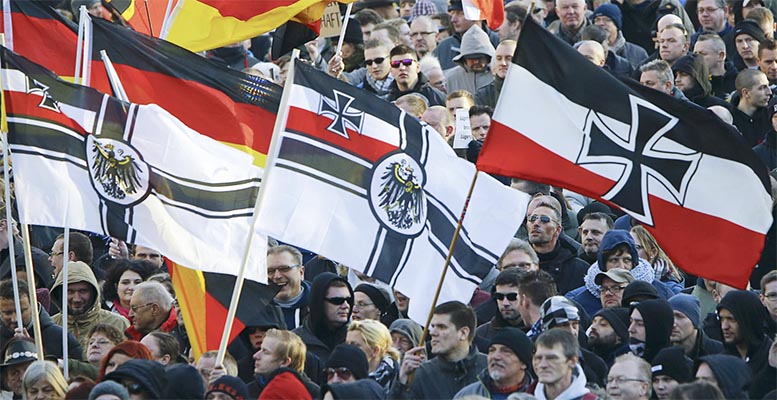 Lidia Conde (Frankfurt) | Are there many? Or just a few? One in five Germans believes in populist arguments or has ideas which go against the system or the elite or pluralism. Two years ago, it was one in three. According to a study by the Bertelsmann Foundation, populism is less and less popular. People are not convinced by those easy and simple explanations which populistst tout in order to reach the majority of the population. Ideas such as that all politicians are corrupt, agreements betray ideals, or the other one is stealing from us.

Bertelsmann’s Barometer of Populism shows that in Germany reason completely dominates. This is excellent news five years after that autumn when more than a million refugees arrived. Most Germans are reasonable and support the Administration’s measures against the pandemic. Only one out of ten thinks they are exaggerated, according to a survey carried out by the country’s public television. However, the general perception is different. Watching thousands of people demonstrating against the anti-pandemic restrictions in a country which is a model in containing the pandemic, one wonders if Germany has not gone completely mad.

This incident in Berlin on August 29th, in which hundreds of extreme right-wing demonstrators tried to enter the German Parliament, was very serious. How many citizens listen to populist reasoning? Who is behind the demonstrations against the anti-covid measures? That Saturday night, a group of far-right extremists tried to enter the headquarters of the Reichstag, the Federal Parliament, the country’s democratic symbol. After passing the security barriers lifted around the building by the police, the demonstrators reached the doors of the building. Two hundred people were arrested in that demonstration involving 50,000 people. With the slogan of the Festival of Freedom and Peace, they gathered to protest against the restrictions imposed by the administration to fight the pandemic. These include the obligatory use of masks on public transport and in closed areas.

They are anti-vaccine activists, supporters of various conspiracy theories, as well as anti-immigration citizens who disagree with Merkel’s decision to take in asylum seekers just five years ago. There are also many extreme right-wing supporters. What they have in common is their antipathy towards the coalition government’s anti-Covid 19 policy.

What were the emblems used by the Prussian monarchy doing amongst the demonstrators? If populism is declining, how do you explain that its parliamentary representation, the AfD party, is still very present and continues in all the Länder parliaments? According to Bertelsmann, the percentage of the population gravitating towards the political centre is increasing. On the other hand, those who reject the centre as manipulative are radicalised. AfD has emerged as a protest party and a magnet for extreme right-wing positions. As populism in general wanes, the party now takes on more radical variants. How it will evolve in the face of future challenges and crises remains to be seen.

Behind the protests there is a lot of fear and insecurity. The coronavirus is a factor. There are others. But the current one is the virus. What is worrying is the radicalisation and the growing risk of increased violence amongst those populist minorities who are on the defensive. Also key are the results of another study, carried out by Shell, which shows that the majority of young people aged 12-27 feel ignored by politics and many share populist views. There are less populists, but more radical ones, concludes Ralf Wiegand of the Süddeutsche Zeitung. It was xenophobic attitudes that supported the far right AfD party which entered the German Parliament with 12.6% of votes in the September 2017 elections. The fear of foreigners is less; but the far right has become more radical. The population practically en masse supports the government’s measures against the pandemic. However, there is concern that the socio-economic ravages of the coronavirus will give wings to populism. For the time being, one should not confuse the protests with the general attitude, warns Robert Vehrkamp, one of the study’s authors. Nor does he believe that the coronavirus is encouraging populism. The key factor which could change the attitude is emigration. “It is a problem that has lost relevance now, but is still there.”

Amongst the symbols used by the anti-Covid demonstrators is the Prussian flag (used by both the neo-Nazis and the so-called Rechsbürger, who are calling for a return to the Deutsche Reich (1871-1945). There is also the text of the US national anthem (the star-spangled banner), or the Q corresponding to the group which believes in a conspiratorial fantasy. Intolerables, according to Federal President Frank Walter Steinmeier. The Reichsbürger say the state is only a facade, behind which are the allies of World War II. Then there are those who claim that the migration to Europe is driven by a handful of rich men intent on destroying Germany. And then there is the anti-vaccine movement which believes that protection against viruses is a diabolical manouvre on the part of business people. This is a wide-ranging political current which is increasing in every respect. And the cunifying feature is its conspiratorial beliefs.

The organization which calls for demonstrations is usually Querdenker (lateral thinking) from Stuttgart. Founded in April by economist Michael Ballweg, its main argument is that the German government is using the pandemic as an excuse to put pressure on people. And that it is cooperating with the pharmaceutical industry and with Microsoft founder Bill Gates to do just that. Another figure in the organisation is radio presenter Ken Jebsen, whose thesis is that Gates has bought off governments to implement his vaccine programme, from which he will benefit financially. Two other figures linked to the organization are the founders of the Widerstand 2020 party, Ralf Ludwig, a lawyer from Querdenker, and Bodo Schiffmann, a doctor who is convinced of the disproportionate nature of anti-covid measures.

The QAnon or Q group’s position is along the same lines. Its followers believe that a global elite is keep children prisoners to extract a serum from them which prolongs life. Their website in Germany warns that the “old elites are using the pandemic to ruin the world and steal all freedoms.” Ballweg supports him: “For me, Q stands for the English word question, a series of questions inviting us to think and investigate.”

Are they all “covididiots”? No. “Amongst them, there is also the middle class, worried about our future and that of our children,” writes Martina Bicher from Düsseldorf in a letter to the editorial staff of the Süddeutsche Zeitung. In this she asks not to be condemned or ridiculed. The virus is divisive.