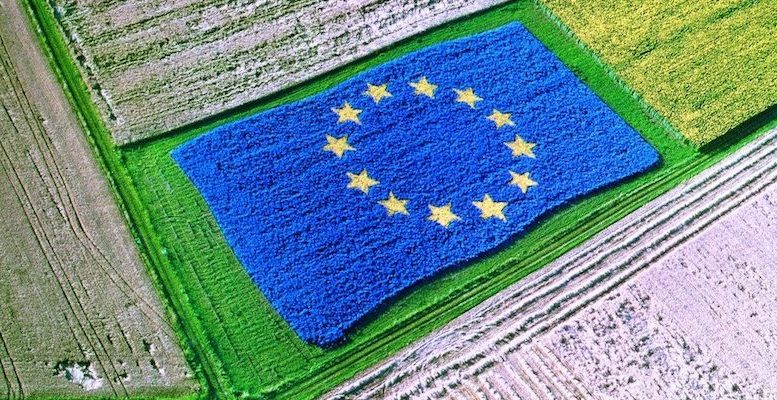 European Views | As Germany handed over the EU council presidency to Portugal on January 1st, major doubts remain as to the fate of the EU’s agricultural policy. Prolonged uncertainty regarding the EU’s massive farm subsidies programme, the so-called Common Agricultural Policy (CAP), as well as ongoing disputes over nutritional labelling have left farmers and policymakers alike scratching their heads. The Common Agricultural Policy has, like many of us, had a fraught year. Proposed reforms to the CAP troubled the waters of Germany’s six month presidency of the Council of the EU and culminated in a dispute at December’s Agriculture and Fisheries Council, which produced no clear answers on the status of the CAP and no consensus on another thorny issue, the blanket use of front-of-pack nutritional labelling (FOPL) throughout the EU. Will a Portuguese presidency bring grist to the mill come the January councils?

Tensions over agricultural policy have been building steadily since November, when Frans Timmermans, the Vice-President of the European Commission, suggested that the Commission could withdraw its proposal for CAP reforms entirely. Timmermans, one of the leading figures in the European Green Deal, questioned whether the €258.3 billion (in constant prices) budgeted for the European Agricultural Guarantee Fund (EAGF) and €90 billion for the European Agricultural Fund for Rural Development (EAFRD) were fully compliant with the European Green Deal and EU climate argets as they stood. Timmermans’ threat to withdraw the Commission’s proposal drew the ire of farmers, in desperate need of additional subsidies after a lean year which saw supply routes and export disrupted because of Covid-19.

It also irked EU lawmakers, who made their anger at Timmermans’ negotiating tactic clear at the Agriculture and Fisheries Council (AGRIFISH) in November. Despite the issue not being on the agenda, a number of countries staked out their position in no uncertain terms, including German agricultural minister Julia Klöckner, who called Timmermans’ suggestion that the CAP proposal represented a step in the wrong direction “utter nonsense”.

The President of the European Commission, Ursula von der Leyen, promptly issued a public statement to MEPs, clarifying on November 30th that the Commission was not considering withdrawing the reforms entirely. Despite von der Leyen’s reassurances, tensions broke out once again at the December edition of AGRIFISH, just focused on a different issue.

Indeed, member states duked it out over the proposal to display a uniform nutritional label on the front of all food packaging across the European bloc. The goal of such a scheme is simple—to curb obesity across the EU and improve consumer awareness of the nutritional value of consumable products.

Food labels, however, have become unexpectedly contentious, particularly as several labelling schemes with significantly different methodologies have emerged. Concerns have mounted as a number of countries, including France and the Netherlands, have chosen to adopt the ‘Nutri-score’ system, the brainchild of the French public health agency. Germany officially introduced Nutri-score (on an opt-in basis) for all consumables this year in what may prove to be the first step towards Europe-wide adoption.

Nutri-score’s path to adoption in Germany was bumpy, to say the least—the district court of Hamburg blocked UK-based food manufacturer Iglo from using Nutri-score on their German products in 2019, and Agricultural Minister Julia Klöckner herself was a long-time critic of the system. Though Klöckner seems to have undergone a rapid about-face, the concerns she once raised over Nutri-score remain.

Nutri-score’s detractors, including nutritional experts, farmers and government officials, argue that the labelling system, which uses a colour-coded scale from A to E to indicate nutritional value, is misleading and infantilises the consumer. The strong push back from a coalition of EU countries against the adoption of the new labelling is born in part from fears that Nutri-score will negatively impact consumers’ conceptions of traditional food products like olive oil and honey, which receive a negative rating under Nutri-score’s evaluation criteria because of a comparatively high volume of fats (in the former case) and sugar (in the latter), without regard for the fact that only a small volume is consumed in a single serving. Representatives from various ‘Protected Designation of Origin’ producers in Italy, Greece and the Czech Republic (just some of the EU nations to raise concerns), have argued that the implementation of Nutri-score risks endangering traditional diets all over Europe, including the Mediterranean diet, which has itself enjoyed protected status since 2013.

In response, Italy has adopted its own system of classification, Nutrinform, which takes into account how each product fits into a balanced diet, in an attempt to protect traditional foods from skewed labelling. Portugal, as a producer of PDO olive oils, honey and cheese, has its own stake in the Nutri-score debacle: olive oil production fell by 29% in 2020, putting the government under increased pressure to protect a vulnerable industry. With the interests of its olive oil producers in mind, the Portuguese presidency likely spells the end of the road for any plans to secure a Council endorsement of Nutri-score.

Other agricultural policy issues, however, will continue to spark debate in the new year. The Portuguese Agriculture Minister, Maria do Céu Antunes, has confirmed that agricultural policy reform will be amongst the Portuguese presidency’s priorities. The future of CAP, in particular, will continue to be a tricky issue on which Lisbon can hopefully provide some resolution.