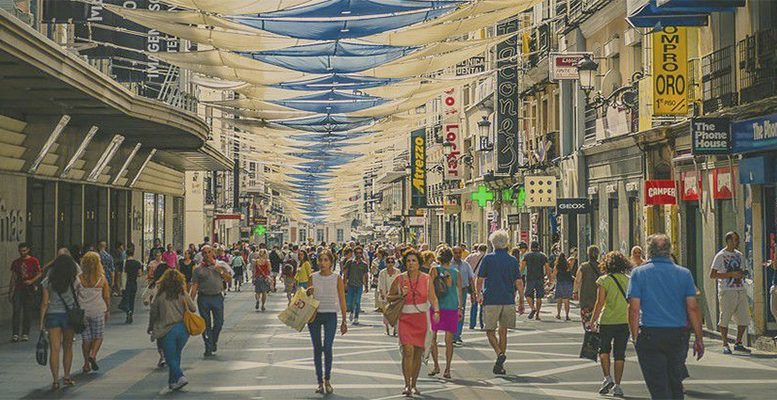 Intermoney | Figures for consumption in the Eurozone were disappointing during the early part of 2018 in contrast to what the fundamentals flagged. At an aggregate level in the area, retail sales fell 0.2% on a quarterly basis as a result of the bad performance from non-food products. Their sales fell significantly between December and March, with the exception of January when they were practically stagnant. In fact, from November, sales of non-food products in the Eurozone declined 2.0%, with the year-on-year rate recording a residual advance of 0.3% in March.

There is a positive momentum in the labour market, levels of consumer confidence are healthy and financing conditions for households are favourable. So much so that there are reasons to put emphasis on the hypothesis of temporary factors explaining issues such as the slowdown in consumption in the EMU.

With respect to the first point, the employment rate ended 2017 with 0.3% quarterly growth and 1.6% annual growth in the Eurozone. The last published figures from the area allow us to remain confident about growth of 1.3% in 2018. And this despite the fact that Germany’s flirtation with full employment will have an effect on the dynamism of its employed population’s advance.

This figure will mean a certain moderation in employment with respect to 2017, but will slightly exceed the average growth of close to 1.2% in the EMU between 1999 and 2008; in other words, the advance is not insignificant, and it should underpin a rise in consumption over the remainder of the year directly and, indirectly. This is because the decline in the unused employment capacity favours salary increases, with Germany being the main example of this.

That said, we prefer to continue analysing the situation at an aggregated EMU level. This takes us to an estimate from the European Commission which we believe is fairly accurate: a rise of 0.9% in the real salary per worker in 2018. A figure which is important if we compare it with the past and, in particular, with the average of 0.4% between 2004 and 2009. Europeans purchasing power is rising and not residually, supporting (at least) a moderate advance in its spending.

Meanwhile, the ECB’s measures allow households to continue to enjoy access to financing in quite favourable conditions, as we were reminded by our central bank’s last survey of Eurozone banks. In Q1’18, the credit conditions for buying a house improved significantly and, in net terms, 11% of banks improved these: this figure dropped to 3% in the case of consumer loans. However, in both cases the figures amply exceeded historic averages, continuing a path of greater laxitude which is expected will last over the coming months, in line with what the banks themselves are indicating.

For example, the new consumer loans in the EMU at a variable rate, but with an intial fixing period of up to one year, recorded average rates of 4.66%, far removed from the figures of 8.80% which we saw in 2008. For its part, the indicator made up of the cost of the debt for the purchase of a home revealed rates of 1.8% in March, remaining fairly stable over the last few months and far off the level of 5.5% in 2008. Greater laxitude in financing conditions is real and adds to another point made by the ECB which is quite illustrative: “the net perecentage of rejected requests for loans fell even more for consumer loans and for other household loans.” The result is that the demand for credit from households continues to rise in the EMU and, in particular, for consumer loans: a question noted down for the banks’ survey but ratified by the real figures. The entries for lending of M3, once the figures have been seasonally-adjusted and the effect of certain changes in the perimeter have been factored in, showed that loans to households are growing at a rate of 3.0% annually, led by those earmarked for consumption (+ 7% annually).