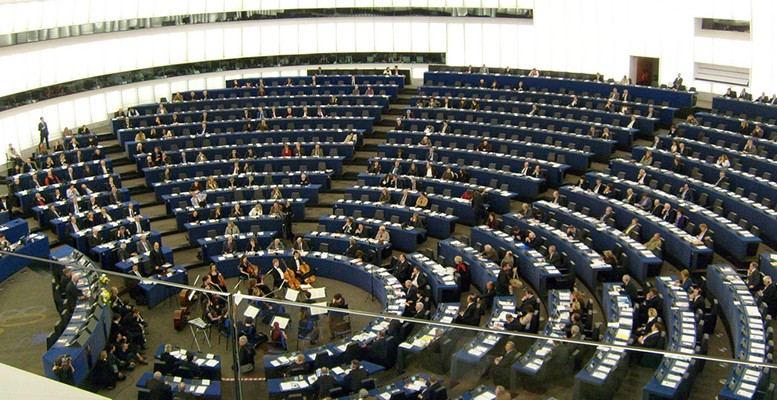 European Union (EU) Parliament elections on 23–26 May 2019 look set to boost the share of populist parties in parliament by a meaningful amount and have therefore drawn the attention of financial markets of late. However, analysts at PIMCO think the election is unlikely to result in meaningful change for European politics or the markets for several reasons, including the complex governing structure of the EU and the divergent views of the populist parties themselves (Figure1). How the EU political and legislative process works

The European Parliament represents the EU’s citizens and is directly elected by them every five years. The parliament makes most of its decisions based on a simple majority (majority of those present), except for budgetary and some other votes, where an absolute majority (half of the parliament + one) or qualified majority (two-thirds of the votes) is needed.

The parliament, however, is only one of four key institutions involved in the political and legislative process at the European level. The experts at PIMCO points the others:

The European Council, consisting of the heads of state of the EU member countries. Its meetings, commonly referred to as EU summits, take place at least four times a year.

The Council of the European Union (“the Council”), which represents the national governments and consists of 28 ministers for each ministry ‒ one from each member state. Most Council decisions are taken through a qualified majority (55% of member states, representing at least 65% of the EU population), although the most important decisions involving changes to the EU architecture or security require unanimity.

The European Commission (“the Commission”), which represents the interests of the EU as a whole and runs the day-to-day operations of the EU. The Commission is led by 28 appointed commissioners – one from each member state, and one for each policy area.

In governing, these institutions are interdependent. The European Commission proposes new laws, which then need to be ratified by both the parliament and the Council. The Commission and the member countries implement the laws, which the Commission subsequently monitors. The European Council, meanwhile, sets the direction and the political agenda of the EU. Although it formally has no legislative power (other than in exceptional cases), heads of state influence legislative decisions via their ministers in the Council.

Mechanics of the parliament elections

The current European Parliament has 751 members (MEPs). The distribution of seats across countries is determined by population, with Germany occupying the largest number of seats, followed by France and Italy. Member states elect their MEPs through national elections, in which votes are cast for national parties. Seats are then distributed according to proportional representation within each predetermined country allocation.

After the election, parties organize themselves into coalitions (“groups”) according to their political ideology. In the current parliament, there are eight groups, with one group of nonattached members. The largest one is the centre-right European People’s Party (EPP), with 29% of the seats, followed by the centre-left Progressive Alliance of Socialists and Democrats (S&D), with 25% of the seats. Historically, the EPP and S&D have controlled the majority of the seats.

Populist parties are currently scattered across different political groups. Hungary’s Fidesz party, for instance, is part of EPP, while the Swedish Democrats and Poland’s Law and Justice are part of European Conservatives and Reformists (ECR). Two groups are entirely composed of populist parties: Europe of Freedom and Direct Democracy (EFDD), which includes Alternative for Germany, Italy’s Five Star Movement, and, previously, the UK Independence Party; and Europe of Nations and Freedom (ENF), which includes France’s National Rally and Italy’s Lega.

Our forecast: Eurosceptic support on the rise

The emergence of new parties and the transformation of existing ones make forecasting the election outcome particularly challenging this time around. French President Emmanuel Macron’s En Marche, for example, did not exist back in 2014. PIMCO assumes that Macron’s party will join the centrist ALDE group, but it is possible that he opts for creating a new group. It is unclear which coalitions new anti-establishment parties like far-right VOX in Spain or the Yellow Vest party in France (if formed) will join. It is also possible that the anti-establishment groups EFDD and ENF decide to merge or reshuffle in some way to become a more powerful voice in Europe.

To estimate the outcome of the upcoming parliament elections, we use polls (national polls for most countries and direct polls on the EU elections for the few where available) grouping parties based on their current leanings and stated intentions. The economists at PIMCO assume that the U.K. will not participate in the election (there is still some uncertainty around this), reducing the total number of parliamentary seats to 705.

According to the firm’s estimates, the single biggest group in the parliament will remain the centre-right EPP with 25% support, followed by the centre-left S&D at 20%, both down about five percentage points from the previous election. The centrist ALDE will make a big gain to 15%, largely because of En Marche’s enrollment. The far-right ENF will likely gain a few percentage points too, in part thanks to increased support for Italy’s Lega party. And while support for the Alternative for Germany and the Five Star Movement has grown in recent years, the populist EFDD group will likely only make a marginal improvement, owing to the departure of the UK Independence Party (see Figure 3). Source: Various national polls and PIMCO calculations as of February 2019.

Of particular interest for the future of the region is the total count of eurosceptic parties (based on the rhetoric they have used towards Europe). PIMCO further subdivide them, somewhat subjectively, into “soft” and “hard” eurosceptics. Based on their classification and seat estimation, total eurosceptic support will rise from 22% in 2014 to around 27% this year, with soft eurosceptic support rising from 7% to 8%, and hard eurosceptic support moving from 15% to 19% (see Figure 4).

Note that eurosceptic support could end up being higher than these estimates suggest. The firm’s calculations are based largely on polls for national elections, in which some smaller populist parties are not represented. What’s more, European Parliament elections have lower voter turnout than national ones, benefiting radical parties. Adding the gap between populist support in national polls in advance of the election in 2014 and the actual outcome, populist support could be close to 30% in the upcoming election (eight percentage points higher than in 2014). How concerned should we be?

While it is clear that the representation of eurosceptic parties will rise, analysts at PIMCO do not expect the election result to meaningfully change the direction of European politics for four reasons:

It is unlikely that the eurosceptic parties will form a united anti-establishment front. The eurosceptic parties are heterogeneous, ranging from extreme left to extreme right, and they have diverging views on how Europe should be reformed. The probability that these parties coalesce into one political group is low.

Support for eurosceptic parties should remain well below 50%. This is important because even if these parties manage to form a united front, they will face the opposition of moderate parties, which will likely coalesce against them in parliamentary votes and obstruct radical proposals that could involve the dismantling or weakening of the European infrastructure.

The key decision-making process in the EU remains inter-governmental. All key European decisions need the approval of the European Parliament as well as the Council, with the most important decisions requiring unanimity of the Council. It is true that the parliament could block key initiatives set out by the Commission. But that would require the support of moderate parties, given the minority representation of the eurosceptic parties. Finally, in emergency situations, the Council has the ability to make decisions on a purely inter-governmental basis, bypassing the need to change EU law.

Nominations of key EU positions remain ultimately in the hands of the Council. Even in the unlikely event that a populist coalition emerges as the largest group in the parliament, it does not necessarily follow that the European Council will propose a populist candidate for president of the Commission. The Spitzenkandidat process is only a convention; the European Council could in principle nominate any candidate, and importantly, the nominee will still need to be approved by the parliament as a whole.

On balance, the upcoming European Parliament elections do not significantly shift our views on investments in Europe. PIMCO have been cautious on eurozone peripheral sovereign debt and European risk assets more broadly because of rising political risk, fading integrationist efforts and a weakening macro outlook. To be sure, higher representation in the parliament of anti-establishment and eurosceptic movements would be a marginal negative factor, but the experts do not view it as a game-changer.

At the same time, it is possible that the elections will cause some near-term market jitters. Key parties across Europe will soon be in campaign mode, and current anti-establishment movements (including Lega and the Five Star Movement in Italy) may up the ante with aggressive fiscal or immigration proposals. This may heighten political and market volatility as we move towards the vote in the spring.