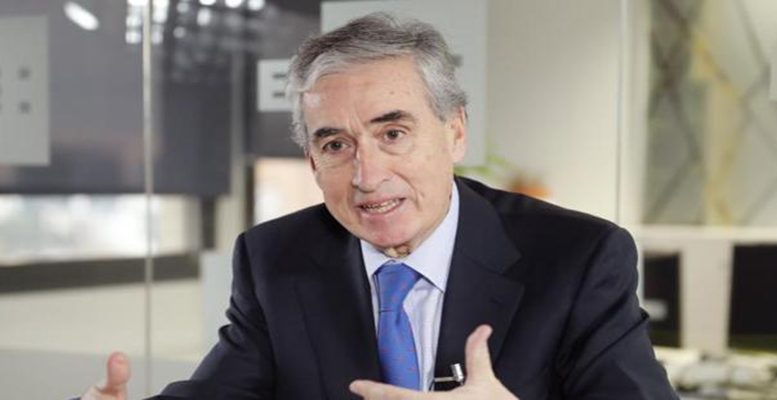 Ana Fuentes (Strasbourg) | Where should the EU look in the future? What are the priorities? At a time of rapid change, protectionism and nationalist populism, the European Parliament has approved a document of minimums called The Future of Europe. As inevitably happens in such plural institutions, it is neither binding nor completely satisfies anyone, but sets out the challenges the still 28 members have to confront together if the European project is not to diluted. We discuss it with Ramón Jáuregui, socialist MEP and rapporteur of the text.

The text talks about the future of Europe, but with Brexit still not resolved we don´t even know how many members the EU will have within a month …

Obviously, in as far as this will force us to establish a new framework for relations with the UK, it is going to create a different architecture. A good agreement, very close to the UK, could create a new way of being in Europe for the doubters.

In 2016 the EU recognised that it was experiencing an existential crisis. This report seeks to be the response?

This report responds substantially to the five scenarios which Juncker presented in what we call the European existential crisis. He presented for debate five major scenarios and the last of these talked about doing more things together. It also responds to the need to adapt to the different reports that the different parliamentary commissions have been producing on the future.

What have you concluded?

Everyone ended up agreeing that the economic and monetary union showed enormous failings in managing the crisis; that the economic policy implemented has provoked enormous social imbalances because it has forced a social devaluation in almost all member states given they could not devalue their currencies, and to a large extent the policy of austerity and debt control has forced social devaluations fundamentally in the south, which have in turn provoked a loss of confidence in the EU.

It also mentions the need to tackle some serious splits.

Yes, on one hand the north-south split in economic policy and the east-west split in migration policy. But they are splits that have penetrated the political debate generating fractures which have not been resolved. Security, both internal and external, is raising new challenges for European politics and therefore raises the restructuring of police and intelligence systems to confront terrorism. And a structuring of defence confronting a very conflictive neighbourhood (Russia, North Africa …). Lastly, in this diagnosis there is the sensation that there are ever more disfunctions in a Europe of 28 with a significant internal heterogeneity which makes it difficult to find the point of equilibrium. Monnet used to say that Europe has been constructed advancing after every crisis. In each crisis we take a step forward. But really the recent crises about internal differences are not making advances easy.

One has to advance, moreover, in a world that is changing rapidly …

With a completely different geopolitics, with trade wars, technology wars and which is beginning to show signs of open hostility to the principles of the EU. For example, trade protectionism against multilateralism, abandoning major agreements on controlling nuclear arms, for me very serious … An in many respects a devaluation of the values in article 2 of the treaty about democracy and the rule of law.

No. The return to the nation state is very present in the report. The sovereignty of the nation state is here. Nationalism is not the solution. Europe was really born to overcome it. This introspective obsession with sovereignty is anachronistic and absurd. European countries are not divided between large and small, but between those that know they very small and those that don´t. We are all very small and have to work for greater integration. This talk of “more Europe” no longer works because we always then have conflicts about subsidiarity. It is not easy to find a common denominator among all the prime ministers and this has been unquestionable: there are things we can only do together. For example the coordination of our intelligence and analytical services, or lets think about a permanent and structured cooperation in European defence.

Is unanimity a structural disfunction in the Union?

We have to recognise that Europe has been constructed on the basis of the nation states saying yes or no. And in fact among the problems is the preponderance of the European Council over the Commission and the Parliament. It is a consequence the crisis delivering all the political initiative to the prime ministers and this has generated imbalances. Very large among the institutions. In recent years nearly all important decisions, how much money should be dedicated to rescuing Greece, for example, or how we create the ESM or Brexit, have been taken in the meetings of the European Council. These decisions and many others require unanimity and unanimity is the thorn in the side. The whole world recognises this. And it creates a sloth incompatible with the speed of events in the 21st century.

Is that why it took so long to react to Venezuela, among other things?

Yes, and not only in foreign policy. For example, fiscal policy is another good example. Every time there is an initiative, many launched in this legislature by Moscovici, everything is stopped in the Council because of the right of veto, which is not so much a thorn in the side as a spear.

This practice which has been established in the last tens years that it is only the European Council that takes important decisions has introduced what we could call the intergovernmental mechanism as opposed to the communitarian mechanism. These tensions lie at the heart of the internal debate.

You have always defended a more political Commission.

Yes, more agile and more political. Because the Treaty itself accepts that there don´t have to be 28 members. But that is impossible to sell here. The small countries would not have voted for the report. One day we will have to make the leap to having a government of 15 or 18, but the problem is that this would take a commissioner away from Lithuania … Also as you said a Commission with more political initiative, because although Juncker said that his Commission would be more political, it has not been.

In this new legislature it could be even less political if there are more populist, nationalist or eurosceptic commissioners who want to empty the content of the institution, no?

Of course, and that´s where we have the worm. Before it was more in the Parliament. The problem is that having it in the Commission is more serious because various commissioners of various parliaments and going to be either fairly Eurosceptic o openly anti-European.

This will be in October?

Yes, in theory we have to form it in October when the government is formed. We are opting for the Spitzenkandidat, which is that the candidate should be one of the leaders of the political families that take part in the elections. This candidate elected in July will have to form the government. He will do it in September when the members states propose their commissioners to him. He can propose a smaller commission. He can do so according to the Treaty. But to be honest I don´t think this will happen. No-one here would dare. I think the Commission will continue to have 28 members.

In your report it is accepted that economic and monetary union is not working because of the lack of sufficient institutional architecture. Are we making progress?

In large part this is because of the north-south split. Here there is the famous Hanseatic League in which the northern countries oppose, for example, completing banking union with a deposit guarantee fund, because they fear future banking crises in the south; they oppose a budgetary increase in the Eurozone, simply because they do not want it. Even the Franco-German Meseberg agreements, in which Spain is going to incorporate itself, which are what defines this architecture, are not being out into practice. Some failings are not going to resolved in the short term, that is certain. In any case, you must give these things time. You have to recognise that, despite these deficiencies we are discussing, in the last five years we have taken some giant steps. The ESM or the European Monetary Fund which is going to be created is a good example. Banking union itself or the control of the major banks are steps we have taken. And I could quote many more. But Europe travels at this elephantine rhythm.