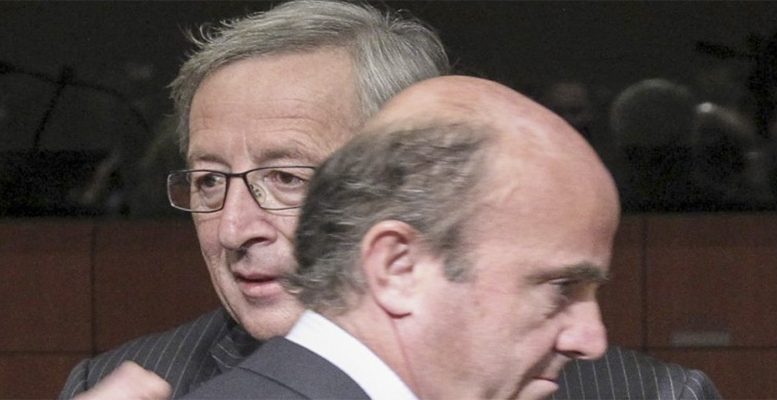 The European Commission (EC) opted against imposing fines on Spain and Portugal for their non-compliance with 2015 deficit targets. Pierre Moscovici, the European commissioner for economic and financial affairs, openly admitted on Wednesday:

“We decided that a punitive effect would not be the most appropriate at a time when people are questioning Europe.”

So Brussels did not implement the penalties equivalent to 0.2 percent of gross domestic product included in the Stability and Growth Pact for failure to comply with budget rigour. The fines would have amounted to about 2 billion euros for Spain and around €350 million for Portugal.

The College of Commissioners’ meeting was “tough” in the words of someone who was present there, but after over three hours of talks the result was “an intelligent application of the regulations,” something which Brussels has been insisting on for some weeks.

In exchange, both Spain and Portugal will have a demanding fiscal path to follow to sort out their public accounts. Spain will have to cut its deficit from the 4.6% of GDP estimated by Brussels for end-2016 to 3.1% in 2017 and finally to 2.2% in 2018.

An EU source defined this timetable as a “realistic one with which the country can comply and credible for the markets.” The source said this one day before the official application of this calendar.

The structural adjustment for Spain’s next government is equivalent to 5 billion euros in 2017 and 2018. Or what is the same thing, 0.5% of GDP, with “a return to fiscal consolidation via wide-ranging structural reforms.” So Spain will once again see cuts, but without any penalities to avoid anti-EU sentiment on the part of its citizens.

“Even symbolic sanctions wouldn’t have allowed us to correct what had happened in the past and would have been hard to understand by populations that have undertaken significant efforts in recent years,” Moscovi said.

Portugal will have to implement an additional budgetary adjustment of 0.25% of GDP this year to reduce its deficit to 2.5% of GDP. Lisbon has four months to do this and any possible expenses related to support from its banking system will not be recorded in the accounts.

“Today the Commission has shown that it has a soul and is concerned about people,” Portuguese commissioner Carlos Moedas said after the meeting. He said that EC president Jean Claude Junker had played a “decisive” role in cancelling the fines.

The Commission’s long meeting gives Spain and Portugal time and is a reflection of a new and different Brussels, which is slowly shaking off austerity. Just “a few commissioners were in favour of a super-reduced fine,” said another European source. The hawks are now in the minority in the College of 28 representatives.