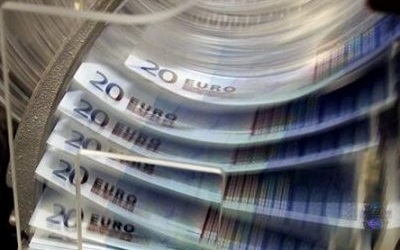 By former director of the Catalan Institute for Finance, Ernest Sena | As if nothing had happened in Europe and the world over the past five years, the European Investment Bank continues working in the same line as it did fifty years ago.

One must add that the EIB does very well what it does, nevertheless. The EIB is a key part of the European institutional framework. It was created in 1957 by the Treaty of Rome establishing the European Common Market, the EEC (European Economic Community), the forerunner of the current European Union (EU), together with the Commission, the Court of Justice and the Parliamentary Assembly, called Parliament now. These three institutions have expanded their powers as member States ceded sovereignty and the originally accord was enlarged from six to twenty-seven members.

But the EIB is the European Union’s bank par excellence. It is the long-term financing institution: as a public bank, it serves the European policies, its priority is to promote economic development and European integration. The EIB’s mission is promoting the objectives of the EU providing long-term financing, with the amount of investment required for each viable projects, whether public or private.

All EU member States are shareholders of the EIB in proportion to its contribution to the EU GDP. The bank has a subscribed capital of €232.393 billion, of which only €11.62 have been disbursed. Its capital is €42.478 billion euros and net profit for the year of 2011 was €2.292 billion.

The EIB is a sound and solvent bank. In fact, it is one of the few public financial institutions that still maintains a AAA rating and that their emissions have always been considered as highest quality credit. It is funded through the issuance of bonds in capital markets, with a programme of sales of €60 billion for 2012, compared with €80 billion in the previous year. Given the strong restriction of credit by private institutions, the EIB has decreased its activity since 2009.

Indeed, from over €70 billion provided within the EU in the past three years, in 2011 the sum was less than €54 billion and only €6.5 billion so far in the current financial year. In Spain, the downward has gone from €10.5 billion in 2009 to €9 billion in 2011, and this year loans total at the moment just €2.1 billion. It is noteworthy that this year has not yet been signed any loan toIreland or Portugal, while Greece got €30 million and Italy €995 million.

The EIB is thus an instrument little used at this time. The European leaders, busy with discussions and sterile and inflexible positions that have aggravated and delayed the end of the crisis, have forgotten about it and the bank has not had the ability to react as it should have, given the serious economic situation and declining of the activity.

But the new presidency of the French Republic and the result of the German regional elections have put on the table the necessity of European policies towards economic growth and recovery.

The EIB is the ideal instrument and its efficacy has been already proven. In the current context, you might consider a dual orientation to the entity. First, to deepen and expand its original purpose as to supply of finance for investment in the public and private sectors. Second, the bank could have already played an important role in managing the euro sovereign debt crisis. Although it is not its founding mission, like any bank, the EIB has its portfolio, in which there is no lack of EU sovereign debt and, in particular, nominated in euros.

The EIB could make a magnificent contribution in two ways: in the revitalisation and growth of the economy, and the stabilization in the euro sovereign debt market. Its status should not be a deterrent and if necessary, can be reformed. Obviously, the size and depth of the crisis does not allow further hesitation or delay.