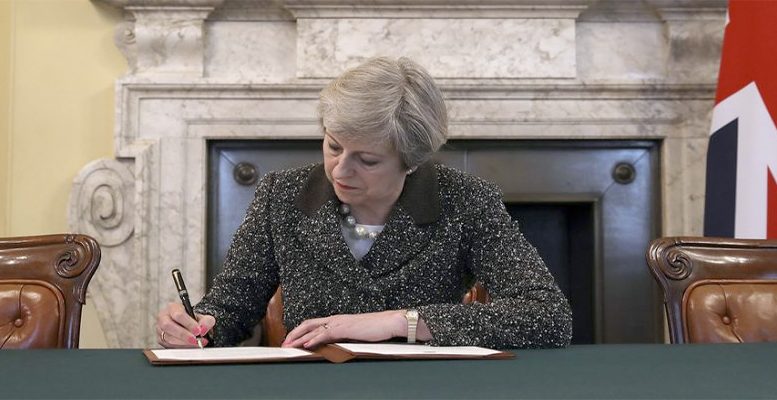 David Downing via Atlantic Sentinel | Last week marked the last prime minister’s questions before the British election in June and seems a good place to examine the reasons Theresa May might be less secure that she seems.

While her Conservative Party is 21 points ahead of Labour in the polls — its biggest lead in almost a decade — there are four reasons to doubt it will stay there.

First, May has lost credibility by calling an early election when for months she insisted there was no need for one. She justified her change of heart saying the Conservatives need a bigger majority to pursue the Brexit negotiations unopposed, which is not a terribly convincing argument to centrist voters.

Second, some conservatives may have committed electoral fraud in 2015. Some thirty politicians are under investigation, the majority of them lawmakers. A decision on whether or not to prosecute them is expected by the end of May, meaning the ruling party could enter the final stretch of the campaign with several of its lawmakers under indictment.

Third, a majority of voters now regret the decision to leave the EU. May’s “hard Brexit” platform would be unappealing to them. There will surely be pro-Europeans who cannot bring themselves to support the Conservative Party this time when they organized the referendum that led to Brexit in an attempt to soothe intraparty tensions.

Finally, there may be tactical voting. Britain uses a first-past-the-post system, meaning you only need more votes than the next candidate to win, not even 50 percent. In some constituencies, it only takes a mild swing from one opposition candidate to another — say, from a Labour candidate to a Liberal Democrat — to unseat the incumbent Tory.

There are two tactical voting campaigns underway: one to prevent a Conservative landslide and another to back candidates to wish for a “soft Brexit”, which would keep Britain in the European single market.

It seems unlikely these four factors will conspire to rob the Conservatives of their majority. But they might just deny them a landslide victory in two months’ time.