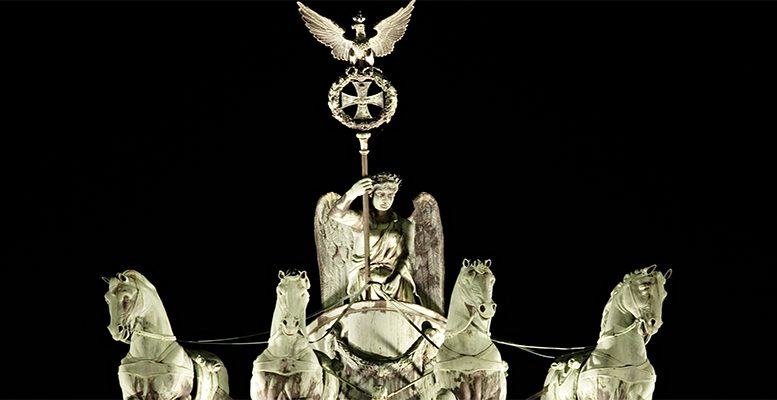 Intermoney | In total, despite the big recession, the German economy has grown 26% so far this century and, even more importantly, 20% from the minimums of Q1’09. It is currently experiencing one of its best moments since the “V” exit from the big crisis.

In the current expansive phase, German growth is almost tracing that in the US which has clocked up an advance of 20.3% since mid-2009. So a similar trend in US and German economies can be expected this year. The difficulties Germany had growing in the past were confronted with the so-called “Agenda 2010.” This fuelled a series of reforms between 2003 and 2005, as well as a bunch of social cuts, under the name of its promoter, Peter Hartz.

It’s odd that before the distorting period of the Big Recession, Germany’s potential growth was 1.3% between 2003 and 2007, which was 6 tenths of a percentage point lower than the average in the Eurozone. But that said, this was already part of the past and the markets’ interest is always based on what we can expect in the future, above all, when the wind in favour of some of the factors stated begins to abate.

Germany is highly specialised in the production of capital goods. It accounts for 40% of its exports, which stood at 1.279 billion euros in 2017.

The last comparable figures for a full year in R&D in the EU correspond to 2016 and they show that investment in this area reached 2.94% of GDP in Germany, compared with the 2.03% average in the EU or the 2.22% in France and the 1.69% in the UK. However, although the comparisons in relative terms are important, in this case they are more relevant in absolute terms. That’s because the same amount of projects was not completed with the 92.419 billion euros earmarked by the Germans as with the 48.643 billion from the French or the 40.451 billion from the British in 2016. This investment effort means that many German products compete due to their differentiation, allowing to hope that their demand is less affected by the appreciation of the euro.

Another key question for the German business sector  is the advance in protectionist policies on a global scale. For the time being, the brakes have been slammed on the coverage of free trade agreements and the balance of trade measures has favoured discrimination since the Big Recession. And this question will become the major concern Germany industrialists, but the solid amount of orders already received guarantees dynamic activity in the short-term and will oblige investment polices to be strengthened. In the last few months, we have seen lower growth in investment earmarked for capital goods, although this situation was preceeded by an outstanding start to 2017, which explains its dynamic 6% year-on-year advance.

On the other side of the coin, Germany’s problem lies in the lack of a qualified workforce, not in its 3.7% advance in payrolls, and this explains the significant salary rises agreed at the start of 2018.

And finally, the favourable situation in terms of household income translates into an annual advance of 3.7% of the total gross payrolls in Q4’17, a figure which rises to 4.3% if we take into account the average for the last twelve months. In fact, based on this average, the advance in German households’ income is nearly 4%.

Irrespective of whether the government agreement in Germany on the part of the SPD bases is ratified or not, it’s true that this puts value on the public surplus (47 billion euros) which, in practice, implies more spending and investment on the part of the public administration. In short, there are reasons to be tranquil about the Eurozone economy’s performance in the short-term. And the best example of this is Germany, where there is even a recovery in productivity. In 2017, measured by hour worked, it rose 1.1%.