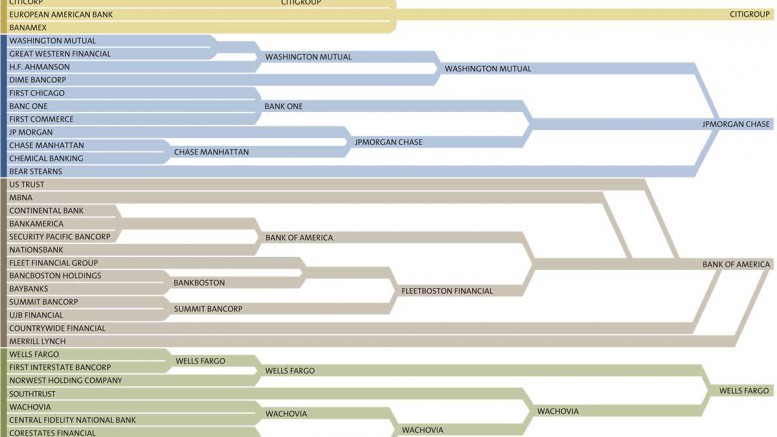 There is a type of bank that cannot be declared unfeasible. They are the “too big to fail” banks, now renamed as the “global systemically important banks” (G-SIB). If one these goes wrong, the supervisor can intervene, fire or sue the managers, or even ruin the stakeholders by setting the capital value to zero.

The only thing the supervisor can’t do is to let it drop and wind it up (as the Lehman Brothers experiment showed). Those gone-concerns (which are sort of zombie entities) must continue to be “going-concerns,” i.e. running companies, whether moral hazard purists like it or not.

However, finance ministers don’t like bailouts. In 2009, they asked the banking regulators for ideas to escape that responsibility during the G-20 meeting at Pittsburg, and then regulators raised the capital-capital requirements (instead of the useless regulatory capital from Basel I and II) to the 10% region.
Supervisors (with their stress tests and pillars) can add a few points to that demand. But, what if it is not enough? Maybe you are familiar with another modern term: tail event. It is an extraordinary and unpredictable event, so rare that there is no way to include it in the figures despite it actually takes place and devastates everything…

This is where the bail-in comes into play. It is a kind of rescue conducted by the creditors of the bank instead of the public sector. By the end of 2011, the Basel Committee suggested –against many doubts and reservations, the issuance of financial instruments born as debts that could be summoned to bear a part of the losses, or to rebuild capital in case of unfeasibility. Thus, the potential “gone concern” would be able to continue being the current “going concern.”

The idea is not completely new because the solvency ratio already includes hybrids, that is, debts that act as capital under certain circumstances. Those instruments are included in other sections of the solvency ratio, and they are obsolete but have not been derogated.

The Financial Stability Board, the Basel pattern and other international monitoring committees will make final their promise about the GLAC instruments in their November’s G20 meeting, in Brisbane. The idea, or else what is known about it, sparks off many comments.

The first comment is more of a general doubt. Can finance ministers get rid of the responsibility of rescuing banks? It’s understandable that they want to do it. But the recapitalisation of the G-SIB and even of not other so large banks has a public purpose. It is done so as to avoid serious disruptions in the payment systems and the financial markets, domino effects, widespread saving losses and significant setbacks in the economic activity.

That is why governments have been taking care of the bailouts –except for Lehman. They always claim that it will be the last time. But they will have to do it again if the occasion arises.

The second big comment is related to the type of liability that will be included in the GLAC. Its debts must be born as “GLAC” from the beginning –i.e. they must be thus specified in the clauses, in which there must appear the contingencies that will automatically turn debt into capital (at a bad price). That is why they talk about contingent bonds, as in contingent convertible bonds or CoCos.

In its 2011 proposal-document, Basel honestly acknowledged the complicated case of the GLAC debts. For starters, they are new instruments so they have not been too much tested in real life.
They used some hybrids so as to compensate for the losses in the recent crisis, but it was not easy and it didn’t avoid the need of official contributions, which were the bulk of the rescue.

The existence of enough appetite for this sort of junior debts is unknown. If it were scarce, the very idea would play a commendable role without a line. Regarding the cost, the big argument in favour of the GLAC instruments is that they will be cheaper than the capital… Sure?
There aren’t any proposals regarding the amount and nature of this GLAC “cushion” (including details such as the pace at which it will have to be rebuilt after a forced conversion). However, the discussion about whether banks would be able to cover it with first class capital surpluses has resolved successfully.

Are there many doubts about this idea? It doesn’t matter. Our international regulators love diving head first into water not knowing how deep it is. They have been doing that for decades.

Be the first to comment on "GLAC, a term you’ll need to become familiar with after the summer"