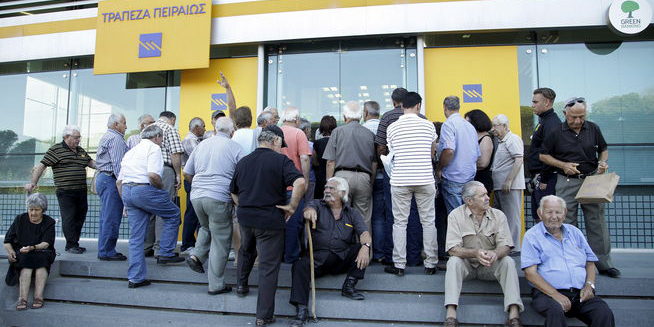 The disbursement of the temporary loan has been made following the completion of all the European and national procedures decided on at the last summit. Greece PM Alexis Tsipras will run the reforms’ schedule agreed on and creditor’s representatives will manage the job after their arrival in Athens. The Irish economist Declan Costello is heading up the European Commission’s mission on the ground.

Third bailout negotiations were launched on Saturday night by telephone with all the stakeholders, to outline working procedures and a list of pre-actions, explained a EU official. The “timeframe is ambitious” because Greece has to repay €3 billion to the ECB with a 6% interest rate  on August 20th and the technical work has just begun.

“The disbursement from the ESM is going to be much higher [than the money owed to Frankfurt] in order to pay the ESFM bridge loan and take on the first payments of August,” the official said.

The European Commission’s aim is to transfer the money as soon as the Memorandum of Understanding (MOU) is concluded and approved. Greece would also receive money to repay Treasury bill holders.  Another senior official confirmed privately that a €12 billion disbursement could be expected.

“It seems to me a reasonable figure considering all the payments Athens has to make,” the EU source said.

The money would make up the first tranche of regular cash disbursements in exchange for structural reforms and fiscal adjustments. The ESM assistance programme will last until July, 2018 and requires the Greek authorities to fulfill several conditions.  The Syriza goverment has yielded faced with the threat of a banking collapse and ahead of  the country’s  financial needs.

There are some European politicians putting pressure on Tsipras to continue  following the path of austerity. The latest voice comes again from Slovakia.

“Slovakia will be in the front line of countries to request Greece’s departure from the euro zone,” Prime Minister Robert  Fico has just insisted, if there is any divergence from commitments.

The Grexit abyss and a gulf of mistrust still exists within the Eurogroup.

Be the first to comment on "Greek aid: A multi-billion euro stream again by mid-August"