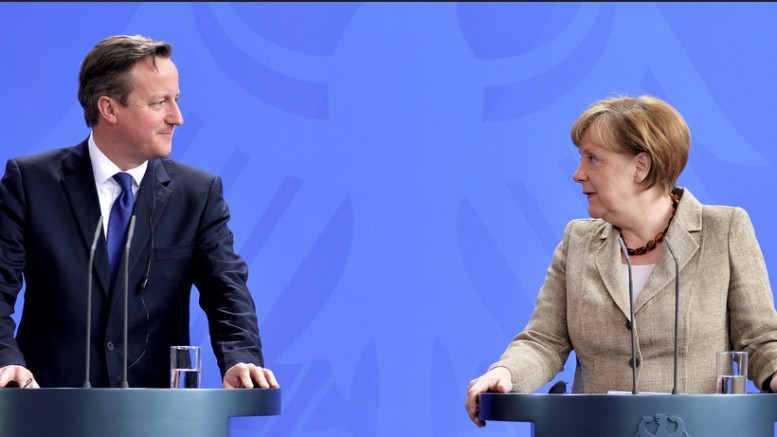 Following a whistlestop charm offensive to many of the European Union member countries earlier in the week, Cameron was only allowed to make a brief intervention on Britian’s EU membership renegotiation at the Summit dinner.

There were other much bigger fish to fry that evening.

And now ironically, the agreement reached last week to resolve the Greek crisis  – hailed by many commentators as the beginning of the end of the European project – could strengthen the hand of those supporting “Brexit”.

What’s the point of Mr Cameron’s proposed reforms for an institution where solidarity has been shown to be no more than a sham.

And the fact that Greece’s sovereignity has been well and truly overturned provides the “out” campaigners with even more fuel for their fire to allow Britain the opportunity to govern itself.

So are Cameron and Britain’s EU supporters fighting a losing battle?

Britain’s reforms proposal will be discussed further in Brussels in December, but EU Council President Donald Tusk has already said that fundamental EU values “are not for sale and so are non-negotiable.”

But what does Britain want to renegotiate? Cameron’s proposals include:

Quite a thorny wish list! Criticism over Cameron’s missed immigration target – and the amount of state benefits currently being claimed by immigrants in Britain –  has more often than not grabbed the headlines, fuelled by the UK Independence Party (UKIP) in its self-proclaimed role of representing the patriotic working class.

But many British citizens are also tired of the political interference from Brussels, such as price-fixing and subsidies for energy and food producers which take a heavy annual toll on household budgets. And the list goes on….

To ensure Britain remains in the EU, Cameron will need the support not just of voters but also of politicans on both sides of the political spectrum.

Not an easy sell, not least because it is more than likely there will be no change to the EU’s treaties to accommodate Britain’s demands ahead of the in/out referendum towards the end of 2017.

It is worth noting that this is the first time since the EU was set up 70 years that ago that major member has seriously thought about leaving.

Yet is it just possible that Britain’s reform plans for the EU – if they are taken seriously – might refocus all member countries on what’s important about the institution and strengthen ties?

After what’s happened with Greece, it’s a worth a try.

Be the first to comment on "Has Greece crisis strenghtened Brexit support?"