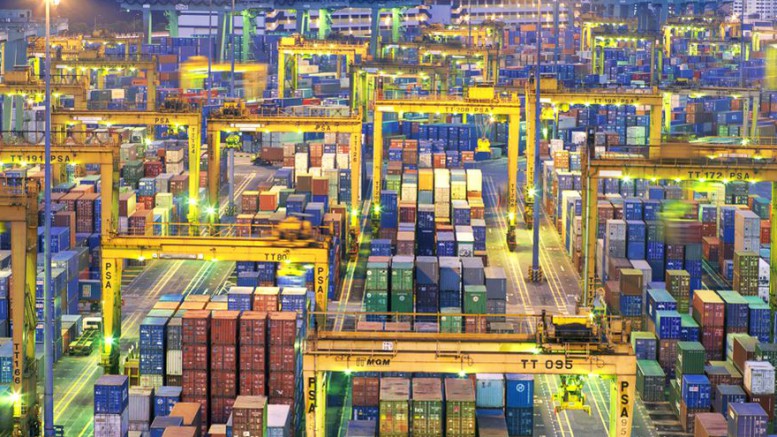 This is dark news: Underpinning much Western commentary is that structural impediments, not monetary policies, are slowing productivity gains.

Gee, is a villain entering the picture?

Has the MAS joined the global central-bank fixation on zero inflation, as opposed to robust economic growth? To be fair, the picture is a bit muddled by the following statement by the bank, that “Singapore’s monetary policy has been centered on the management of the exchange rate since the early 1980s….”

Of course, managing exchange rates is a little different from targeting inflation. If Singapore’s trading neighbors go heavy into printing money, then it would have to also, to maintain exchange rates (ceteris paribus). But, if trading partners put on the monetary noose….

“CPI-All Items inflation edged up to -0.4% in May, from -0.5% in April, on account of the higher cost of private road transport,” the Singapore’s central bank says in its latest monthly report. Bluntly put, Singapore is having deflation.

Then, yesterday, the MAS said it expects inflation in 2015 in the “lower half” of an expected 0.5% to 1.5% range. In other words, microscopic, within measuring error of zero, or even deflation.

No matter that there is deflation, and that the core CPI is dead-zero in Singapore. The central bank says, “Given the tight labor market, wage pressures are likely to remain firm.”

To be sure, unemployment is under 2% in Singapore. But then, unemployment is also very low in Thailand and Japan, without inflationary pressures. And in the United States, the Phillips Curve has become prone—where anymore is the connection between “tight” labor markets and inflation?

Obviously, this blog post not a thorough study of Singapore. And cross-country comparisons are hazardous, due to differences in the collection of data. But few have damned Singapore for a rising tide of structural impediments or taxes in recent years.

Yet Singapore productivity is falling, its economy in Q2 shrank, and despite invisible rates of inflation and present-day deflation, the central bank pettifogs about wage pressures. It sounds familiar, no? The MAS is sending a powerful signal, akin to the Fed: No matter how tight money is, we can make it tighter.

As I have posted many times, somewhere in the last 10 to 20 years, central bankers and their allies have become peevishly fixated on infinitesimal rates of inflation, a cult has evidently metastasizing from the Bank of International Settlements and other money-obsessed redoubts.

Gone is the Milton Friedman who in 1992 wrote for The Wall Street Journal, “It is hard to escape the conclusion that the restrictive monetary policy of the Federal Reserve deserves much of the blame for the slow, and interrupted, recovery from the 1990 recession.” Inflation in the U.S. was then about 3%.

Today, Friedman’s statements are heresy among central bankers. Even in long-admired Singapore, a city-state with a future perhaps dimmed by a yet another central bank.

Be the first to comment on "Et tu Singapore? Another central bank suffocates the economy?"