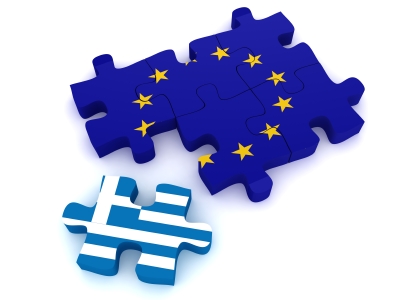 By Juan Pedro Marín Arrese, in Madrid | When it comes to conditions imposed on Greece, they are not so fierce as usually depicted. Axing 25% of minimum wages might seem a harsh therapy. But salaries pegged to this standard would still be 15% higher than in Portugal. As to supplementary pension schemes and holidays bonuses, ask the Portuguese how they feel on that. Closure of more than 100 state-controlled entities and savings up to 1,5% GDP will certainly hurt but they are essential to make room for private sector to survive the deluge. Capitalising banks is also a must, once their balance sheets become depleted following the incoming deal with private creditors to do away with more than half of government bond holdings.

So, everyone would expect the current caretaker Greek government to accept the conditions. The odd thing is that euro leaders have required a formal commitment on these sacrifices by the main political parties, facing general elections in April. They might just cave-in to the threat of disorderly default as early as March. But no one appears ready to rubber stamp such an unpalatable package for voters. Markets get increasingly nervous as deadlines have already being exceeded by continued deadlock and sheer confusion.

Germany is adamant on the need for Greece to meet commitments entered and is growing increasingly weary of this country lack of delivery. Politicians in the Hellenic country still believe euro partners would lose more in terms of widespread instability should they trigger a default. By engaging both sides in this tug of war, they risk breaking the rope. Alas, it might be thereafter too late to  repair damage inflicted by trying to tie a knot.

You can still bet on Sarkozy playing the role of euro saviour in a last ditch effort, upgrading his statesman profile in the face the incoming presidential election. But convincing people placed in his very same position might prove harder than expected. Are we then on the brink of the common currency collapse? Not even so, much to the despair of grass-root euro sceptics. Markets have for so long discounted a Greek default that shock waves might only turn into a moderate tempest, quite easily taken care of by the ECB. No tsunami is at bay, for the time being.

Be the first to comment on "Greek crisis: no tsunami at bay"