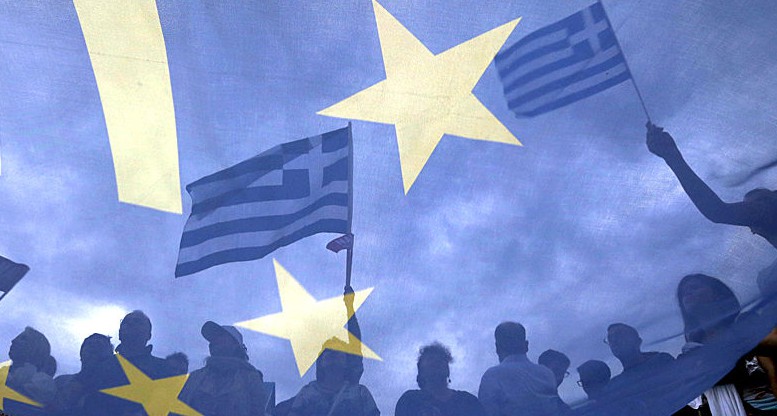 The Greek debt would remain very high for decades and highly vulnerable to shocks, according to the IMF report Debt Sustainability Analysis. The debt-to-GDP ratio is projected at about 150% in 2020 and close to 140% in 2022, the report says.

These sensitive assessments were used by the Tsipras administration days and hours ahead of the referendum as support for its anti-austerity platform. After the 60% NO to creditors’ proposals, the Greeks arrive in Brussels asking for debt relief as the only way to put the country on the path to growth.

Michael Hudson, Professor of Economics at the University of Missouri, believes that this demand is reasonable.

Economists’ consensus in the United States is that “Greece should do just what America did. You run up more budget deficit to revive the economy instead of struggling it,” said Hudson. He added that in order to do this “a clean slate is needed, not only with regard to foreign debt but also with domestic debt.”

Hudson trys to prove this by citing the “German economic miracle based on the allied monetary reform of 1947-1948 when all internal debts were cancelled.” There are some options in the Greek case.

The IMF highlights:  “If grace periods and maturities on existing European loans are doubled, and if new financing is provided for the next few years on similar concessional terms, debt can be deemed to be sustainable.”

The document calculates Greek new financing needs at €51.9 billion for the next three years. Around €36 billion would be covered by the EU loans to be paid by Greece and eventually unsustainable debt.

“Goverments are not like households, they are like banks,” Kee explained. “They could create money and if they do that by running a deficit, then the private sector doesn’t have to become as indebted to banks.”

A traditional Keynesian solution for times when deficits are almost forbidden within the eurozone. And the 5-month negotiations between Athens and its creditors have been derailed to some extent because of  fighting over primary surplus targets.

Reductions in the primary surplus targets accepted by the creditors would account for one third of  the new €52 billion financing requirements. The 7 percentage points of GDP in lost savings is one of the reasons why “haircuts on debts will be necessary,” according to the IMF.

Although Yanis Varoufakis is not taking part in today’s Eurogroup meeting, it seems  the former Finance Minister would agree with that prescription.

Be the first to comment on "Greek debt restructuring: the mother of all battles"