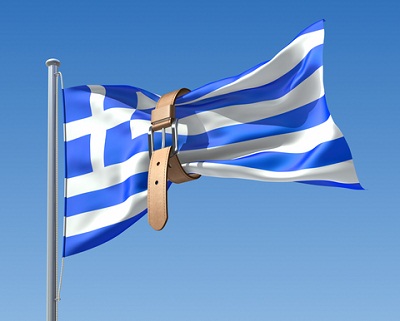 MADRID | Markets have been plunged into utter chaos by the Greek political deadlock and the prospect parties staunchly opposed to the EU bail out plan may have the upper hand in the incoming elections. Panic has also been driven by light comments picturing Greece’s eviction from the euro as an anodyne and somehow inevitable event. Such a bullish appraisal does not emerge from Anglo Saxon analysts so much inclined to forecast the common currency doomsday. It comes from European finance ministers, central bankers, the IMF chief executive and even the Commission Chairman. Fortunately Merkel and Hollande hold a more restrained mood, showing great concern at the damage such an idle talk is inflicting on the chances to anchor Greece firmly home. Should this country decide to opt out, immediate contagion would severely unsettle other members subject to fierce speculative runs. Firewalls might simply collapse delivering a deadly blow to financial stability all over Europe.

Greeks are already voting with their wallets, as they cash banking accounts and deposits in a desperate attempt to salvage their savings and holdings. Should this trend intensify in coming days, a financial crisis is likely to materialise. It would serve as a stern warning on what is waiting in the pipeline should the Hellenic country choose to get a ride on its own. When your money is at stake you are apt to think twice before casting a protest vote.

Even if a government opposed to EU conditions were to be elected, Greece could not be forced to leave the common currency by its partners. It would certainly come under stringent pressure to comply with commitments entered, or else be forced to insolvency. But disentangling from the euro involves more complex convolutions than most observers are ready to accept. It is far from evident that such a process, even conducted in an orderly way, might avoid undue misadventures both for the venting country and those remaining home.

Should Greeks take that step, they might discover much to their shock that escaping euro discipline does not save wear and tear on the adjustment front. If you add to the bill an abrupt lowering in living standards, a foreseeable plight in the financial system and an ensuing plunge in activity and employment, the outlook doesn’t seem as enviable as flexible exchange rate advocates tend to trumpet.