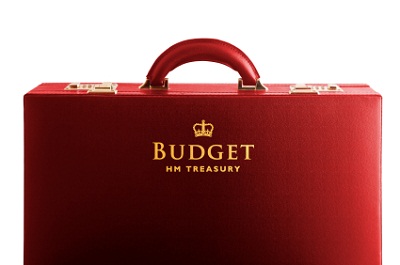 LONDON | Budget Battle began Wednesday after midday in the House of Commons at the rhythm of Hollywood action blockbuster-like slogans, with which chancellor George Osborne wrapped his delivery speech. The Coalition government aimed at convincing Britons in and out the Parliament that it will be able to reduce the deficit while supporting growth.

“Britain is going to earn its way in the world,” Osborne shouted at the traditional belligerent level of official announcements when most MPs attend the session. “There is no other road to recovery.”

Bankers did believe him. The trade association for the UK banking and financial services sector BBA described the Budget as the answer for international trading partners to recover confidence in the country, and promised banks’ cooperation. BBA chief executive Angela Knight said the government showed its commitment

BBA welcomed the National Loan Guarantee Scheme as an additional support for businesses to help them access cheaper finance, and the lending market become more competitive. As for the bank levy, the trade organisation was agreeable to the goal of raising a specific amount, £2.5 billion, so that the reduction in corporation tax from 26% to 24% will be offset by an increase in the special tax.

A discordant voice came from Santander UK, perhaps highlighting that there still is a difference between major investing banks and major retail entities like the Spanish bank. Phil Cliff, director of Santander Mortgages, criticised the end in the new Budget of the stamp duty holiday for first time buyers that had been introduced in March last year. Santander research noted that almost 170,000 new home owners have benefitted from the existing exemption which will end this Saturday 24 March.

“Getting a foot on the ladder is a tough task for first time buyers against the backdrop of a sluggish property market […] so we’re disappointed to see this hasn’t been extended by the government.

Pensioners had the harshest adjectives for the chancellor’s work: outrageous. Ros Altmann, director general at Saga, referred to the Budget as

“an assault on decent middle-class pensioners” because it contains “an enormous stealth tax for older people. Over the next five years, pensioners with an income of between £10,000 and £24,000 will be paying an extra £3 billion in tax while richer pensioners are left unaffected.”

Saga, a company focused on serving the needs of those aged 50 and over, complained that savers were to see no improvement, the annuity market had been forgotten and the damage of quantitative easing had not been addressed either.

“This Budget is another shocking example of the Government’s attack on poorer and older people. It is dramatically unfair,” a press release concluded.

However, the tax-free allowance was increased to £9,205, which will put more cash in the hands of low-income workers and less in the hands of the government. The top rate of tax has been softened, too, from 50% to 45% from 2013. Indeed, the chancellor had spoken of the Budget as fiscally neutral.

But some market participants did not play along. JP Morgan explained that the only reason why borrowing still is affordable for the UK, with the 10-year Gilt at around 2% from around 4% at the time of the 2010 election, is that

“the bond market has made a clear distinction between the UK and peripheral euro zone countries with similarly large budget deficits. This has helped reduce the cost of servicing the debt,” said the international bank, adding that “Quantitative easing has contributed to lower yields, as the Bank of England will have purchased £325 billion worth of Gilts by May.”

In a report under the title ‘UK budget 2012: The terms of the debate’, JP Morgan reminded Osborne that the total accumulated debt issued by the UK government has reached £1 trillion, equivalent to about 67% of GDP and excluding the money that the government borrowed to bail out the banks in 2008/09, at that.

The paper blames the debt mountain, among others, on over-reliance on financial services and housing for tax receipts.

“It turned out that the boom in tax revenue from these two sectors, in the decade prior to the collapse of Lehman Brothers, was cyclical and not structural. The government is hoping that a mix of new taxes and a broadening of the tax base will provide new revenues, but it must tread carefully for fear of choking off economic recovery.”

Moreover, the debt is growing. Of the £696 billion that the government is likely to spend this financial year (2011-2012), JP Morgan estimates that around £120 billion, equivalent to about 8.3% of GDP, will be with borrowed money.

“The UK’s public finances are not out of the danger zone. This can be illustrated with a quick comparison of today’s Budget with earlier ones: in June 2010 the target for public sector net debt was expected to be 69.4pc of GDP in 2014-15, now it is 75pc.”