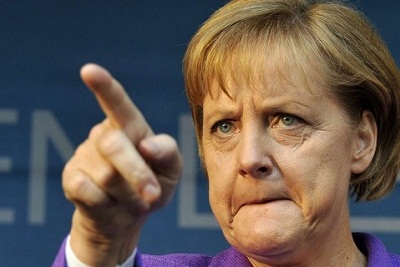 By Luis Arroyo, in Madrid | German Chancellor Angela Merkel the executioner recently said that austerity is the right path, and that Canada should provide a good enough example for non-believers. Should we have a closer look into her claims?, of course we must. Unfortunately for her, it clearly appears to be the case that Canada’s success has been supported by a monetary policy absolutely at odds with the European Central Bank’s. Besides, austerity has not played a large role, either.

What Merkel told reporters was this:

“Merkel, facing European pressure to ease bailout terms and allow shared debt, and from global partners to do more to stop contagion, used a visit to Canada as the stage for her first public comments in a month on the crisis. She hailed Canada’s budget discipline, promotion of economic growth and ‘not living on borrowed money’ as models for the 17-nation euro region.”

One must have some cheek to make that sort of statement in a country with monetary sovereignty, with which it carried out an expansive monetary policy to lower the exchange ratio between the Canadian dollar and its US counterpart. The increase of the US dollar in Canadian dollars has helped to compensate contractions of the domestic demand.

Now, put that against the ECB’s lack of support  for Spain, how the country’s nominal GDP stalls and debt per nominal GDP ratio cannot improve.

Austerity serves economies well under certain conditions, no one argues that, but you need a monetary policy that counters to some extent the decline triggered by budget cuts and lower investment. According to the International Monetary Fund data, Canada has let its debt to go up, which admittedly is of modest proportions, but has avoided the Merkel path of restrictions.

My take is that we in the euro area need growth and financial stability policies. It definitely is better than closing the liquidity tap while imposing budget restrictions and harsh debt repayment terms.

Merkel is not being cynical or stupid, she knows full well the difference between having a central bank and having none. What I think is that she has convinced herself about the German success coming through austerity solely, and not because the ECB adapted its policies to Germany’s needs. Still, her remark is not acceptable.