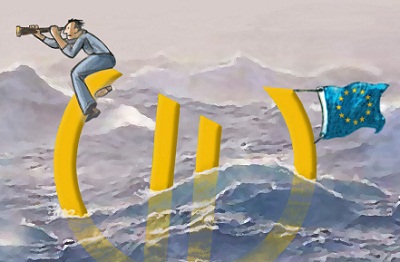 MADRID | Draghi’s apparent resoluteness in shouldering the euro has dramatically turned the tide. No action has followed his words and yet the July nightmare has switched this month into a soothing dream. Undoubtedly investors were eager to take on board any good news reversing the excessive downside overshoot in the markets.

Europeans leaders have also helped by wholeheartedly enjoying their holidays. For once, they have refrained from voicing the kind of nerve-racking contradictory messages that gets the markets into a fret. The truce will not last long. It has already been broken by a Finnish senior minister openly inviting to draw contingency plans in case the euro might implode. Such ill-judged remarks have prompted swift denials in Helsinki and Brussels but more is likely to emerge as the summer brake comes to an end.

But Berlin views are the ones that really count. Ms Merkel staunch defence of the euro in overseas press conferences has been hastily interpreted as a green light for full ECB intervention. Yet nothing warrants that such a U-turn in German policy is likely to be endorsed. Back at home sentiment runs high on the prize taxpayers might face in anchoring the euro. Open calls to send Greece off the pitch act as a reminder that any step to salvage failing partners will be subject to stringent safeguards.

Building a credible support scheme does help but excessive focus on this topic tends to blur the real issue at stake. So long fiscal compact remains the cornerstone of European policy it risks running in collision course with utter absence of growth. No one puts into question that budget balance should stand as an unavoidable key target. Yet enshrining it as the main goal to preserve no matter the bleak outlook ahead can only fuel a full scale recession.

Spain’s rescue plan will soon put to test this vital policy issue. The IMF has already warned on the danger to impose an austerity overdose squeezing income, consumption and investment. Such a short-sighted strategy leads to a trap requiring extra budgetary efforts to fill an artificially enlarged output gap. Spain badly needs reforms to enhance competitiveness. Increasing taxes and slashing expenditure with no major public sector restructuring at bay fails to provide the right answer. It only helps to dampen demand thus throttling the ability to curb the deficit.

So long Europe fails to understand that only growth, not money, ensures that countries ultimately pay back their debts there is little chance to put the economy firmly on track.

Be the first to comment on "Has Europe overcome its woes?"