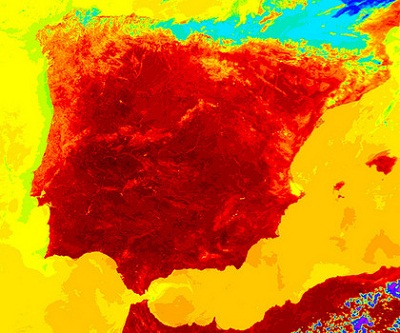 Morning! Today we bring you the last part of our summer series interview with Professor of Economics at Columbia University Martin Uribe. He believes that the Eurozone needs structural changes to tackle the crisis, especially in fiscal matters. The lesson we should learn from this crisis is to avoid high capital inflows into a country as happened to Spain from 2000 to 2008.

– Several Nobel laureates have decried budget cuts in Spain, insisting that they were too much. In your opinion, has the Spanish government been cautious or has it gone too far? Look, I like using this analogy: Spain is like a person who has just had a heart attack and is lying on the floor. The doctors check on him and conclude that, since running is good for your heart, ask him to put on his running shoes and go for a jog. Those are the austerity recipes that are being imposed on countries undergoing economic hardship in Europe. Spain now has similar unemployment rates to those of the U.S. during the Great Depression and what is being recommended is exactly what was asked before the arrival of Roosevelt with his New Deal: austerity, tax increases, spending cuts. Remember that then the U.S. was sinking deeper and deeper into crisis until Roosevelt came and changed the fiscal policy into an expansive one. I insist: Spain and elsewhere in Europe, the European Commission authorities are prescribing the same policies that the U.S. had before the New Deal and that were plunging the country into the Great Depression.

– Why this lack of perspective? Is there perhaps an agenda? Yes, everything has a reason. It’s a poorly designed system because as I said Europe has no taxing authority. Today in the European Union, if a country is in trouble, it has to go and ask the rest for help. Spain has to ask Germany. Angela Merkel may be willing to help, but has no power without the consent of Parliament. And help doesn’t come without conditions: to cut spending, for example. Aid always comes with strings attached.

– Have we learned any lesson from this crisis? The great lesson we have learned and which will be useful for the next crisis, is to avoid high capital inflows into a country, as those that entered Spain between 2000 and 2008. Because when the euphoria ends the countries stay in a very vulnerable position: the aggregate demand for goods falls, wages are too high and cannot go down, and that leads to massive unemployment… So these influences should be moderate. One way is to introduce capital controls, which do not allow any bulk or banks to expand credit for so abnormally fast. And here I think the European Commission failed.

– What advice would you give today to Mariano Rajoy? I believe that fiscal discipline is important in the long run, but it is not advisable in the short. You should change radically and become expansive, I’d tell him. Although I do not think the Spanish government can put this into practice by itself, it needs the European authorities support, particularly the Commission. But what we’re seeing, this huge contraction, combined with fiscal austerity, it is an extremely dangerous recipe that I hope Spain leaves as soon as possible.