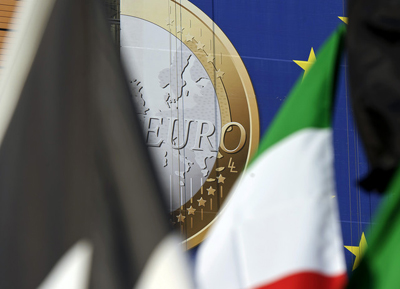 By Tania Suárez, in Madrid | Hanseatic Brokerhouse's director general in Spain, Gabriel Montalto, said in a conversation with The Corner that international investors have lost trust over Italy and Spain. Also, he considers that both countries will have to publicly accept the reality of the situation if they want to win back the confidence of markets.

Question. Apart from the approval of the national parliaments, are there any other obstacles for the recapitalisation of the Spanish banks via the European Stability Mechanism (ESM)?

Answer. Yes, indeed. For example, there is the lawsuit brought before the German Constitutional court in Karlsruhe. As a matter of fact, we are talking about almost 23,000 claimants in six different lawsuits. If the judges ruled in favour, Germany would have a serious problem to continue making contributions.

Another obstacle would be, for instance, the lawsuit conveyed by Merrill Lynch. Here, the European Financial Stability Facility (EFSF) would run out of enough cash before starting with the ESM.

Based on the previous data, we should be warned regarding the medium-term, because in the short-term I don’t see big problems. The first part of the aid package, of €35 billion, will arrive in the following weeks and the possible sentence of the German Constitutional court is expected in September or October 2012.

Q. Taking into account the poor effectiveness so far of the aid packages, is it possible to see some easing of monetary conditions in the future?

A. Without a doubt. Let’s say that, for the moment, those packages are working. I personally expect a default much more important for the Italian and Spanish banking system, especially, even though these countries are constantly trying to reassure the markets.

The level of toxic credits is now around 8.5%, a level very close to that of 1994 (9.3%), that is some €115 billion. With these data and with the problem history that the banking sector has faced for the past 4 or 5 years now, we shouldn’t think that the worst is over. And also, future capital aid injections could involve much more austere measures for banks and States.

Q. With all these hurdles, will Spain and Ireland be able to profit from bank recapitalisation?

A. Yes and no. In the short-term yes, because it is without a doubt a big help and it brings some relief against the current pressures. The difficulties in Spain will be for the medium or the long-term, though: what will the government do with Bankia? Will it be winded up? Will they try to

refloat it? Will it be possible to merge it? There are too many questions without clear answers yet for the medium term.

Regarding Ireland, this country has less of a problem compared to Spain, so the possible aid will be positive for the short and the medium term.

Q. What else should Spain and Italy do in order to restore credibility in the eyes of the markets?

A. They must publicly accept the reality of the situation, they also have to make the balances of their banking sector totally transparent, and they must try to somehow remove all the toxic assets and decrease the self-purchase of sovereign debt with the liquidity from the European Central Bank.

International investors no longer believe us, and this is a really serious problem, very serious, indeed. The reason is that, despite all the criticisms against Germany, it is precisely this country the one who for the moment supports the aid packages, under conditions as with any other type of credit, though.

Q. Will Italy undergo now the same punishment as the one markets have been delivering to Spain for the last months?

A. Yes, it will, but maybe not this summer. As a matter of fact, I expect a bad surprise for Italy in next fall or winter. Italy has the same problems as Spain, with some slight differences in the real sums that the country will need.

Q. Now that markets seem to be more focused on Italy, will be Spain given a rest?

A. I do not think so. The attack is aimed at the entire peripheral area, and those who are behind the attack have enough money as well as all the time required to wait in their favour.

Q. Do you think Spain will be able to meet its deficit goals?

A. No. We have been trying for more than two years, without support packages. Now we will receive financial help, and this will be guaranteed by the State, so sooner or later it will be registered in the national deficit.

The measures taken in the last days should help saving about €65 billion, exactly the figure that the European Union will give to save the banking sector. As we can see, these austerity measures are only a shield against the guarantee that the State will have to assume, not for the real cut of the deficit.

Q. What would be the impact for Spain if finally some regional government become intervened?

A. This would mean new problems added to the banks’ ones. We must bear in mind that the sum resulting from the regional government debts affect the deficit. If regions are not able to step forward using their own resources, then the Spanish State will be the one to rescue them, and if it could not do so, that will lead to require an entire and formal rescue for Spain.