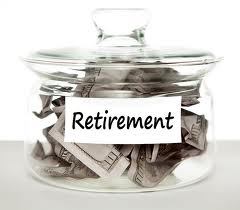 NEW YORK | Times are tough for pensions. Retirement plans are not golden anymore. After the crisis, U.S. companies started to get rid of many pension funds or are allocating less money for them. And while the market has substantially recovered from the 2009 low, pension funds portfolios as well as supplemental savings and retirement accounts for individuals remain significantly smaller than they were at their peak. Last year, Standard & Poor's 500 companies posted a record level of underfunding ($354.7 billion underfunded) for pensions and other post-employment benefits, according to a recent report from S&P Dow Jones Indices LLC. This was an increase of over $100 billion from the end of 2010, according to data from McGraw-Hill Cos. unit. Underfunding for the Other Post Employment Benefits (OPEB) increased to $223.4 billion last year from $210.1 billion in 2010.

According to the report, S&P 500 companies set aside $1.38 trillion to fund pensions and OPEB to cover $1.96 trillion in obligations, representing a 70.5% overall funding rate.

“Companies are continuing the trend of moving away from pension obligations and into 401 types of investments as they shift the responsibility of retirement away from the corporation and over to the individual,” says Howard Silverblatt, Senior Index Analyst and author of the annual report.

“Despite the record underfunding level, both pensions and OPEB have, in aggregate, become a manageable expense as cash levels remain at near record highs and cash-flows at an all-time high.”

Because it has experienced so much downsizing (many early retirements), the telecommunications services sector, which traditionally had overfunded pensions, i

how to get her back

WILL BENEFITS BE A THING OF THE PAST?

A new law signed by President Obama two weeks ago will let companies contribute billions of dollars less to their workers’ pension funds. The bill would raise around $10 billion over the next decade by increasing the premiums companies pay the government to insure their pension plans, and another $9 billion by changing how businesses calculate what they must contribute to their pension funds. Firms will be able to assume the interest rate will be near the one of the last 25 years, instead of the past two years', which were really low. This means they will be able to assume that their pension investments are earning higher profits and will need to contribute less money to the government to make up the difference.

Experts point out that the amount by which contributions are lowered is not that substantial and the new law is not expected to affect greatly to the $1.9 trillion in estimated pension fund assets. However, unions and consumers, workers and retirees advocates do not hide their concerns. Nobody wanted to force employers to contribute more and thus give them a reason to freeze their pension plans. Many quoted by AP said they needed to be “sympathetic to business concerns” after the companies had been hit by recession.

“The American dream of a golden retirement for baby boomers is quickly dissipating. For many baby-boomers it may already be too late to safely build-up assets, outside of working longer or living more frugally in retirement.”