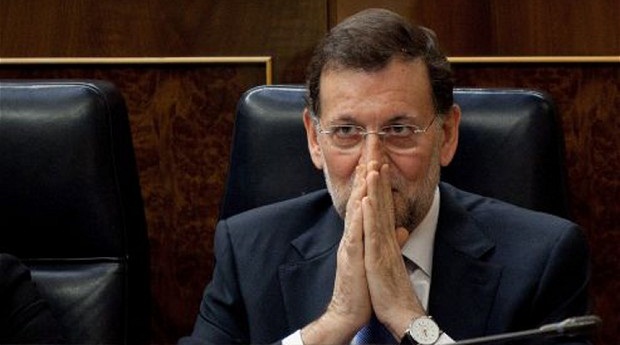 MADRID | The Rajoy Cabinet abhors asking for help. One can easily understand no government is willing to do so, if only for the political cost linked to an open recognition of failure.

But Madrid has already failed in addressing its problems, bearing a heavy toll in opinion polls. So, why it so obstinately resists to fill a rescue application? Many observers believe the ultimate reason to lie in the personal humiliation Mr Rajoy feels this move represents. A most upsetting setback especially when his leadership is openly contested within his own party.

Madrid’s attempt to get salvaged unconditionally by the European Central Bank had to be shelved. Draghi subordinated any support to a formal request to the rescue fund coupled with stringent conditions.

But in announcing his full determination to anchor the Euro by buying public debt, the markets swiftly declared a ceasefire on the troubled sovereigns, bringing the Spanish risk premium to comfortable levels. Feeling in no pressing need to require EU help, Mr Rajoy has recently hinted he might wait and see.

After all, he is reaping the benefits of a shadow-rescue, following the ECB shift in policy, without bearing the costs an open request for help entails. Risk premium has fallen by 150 b.p. saving the Treasury more than 1.2 billion per year.

Is wait-and-see a real option? In a sense it is, as the additional benefits derived from a formal rescue might be marginal. Intervention would further reduce risk premium but the mere fact of abiding to strict targets is likely to fuel speculative runs should any doubt on Spanish ability in meeting them arise.

Furthermore, investors always cast a negative view on a salvaged country, private debtors being penalised regardless of their inner solvency.

But shadow-rescue can hardly become an option. Any budgetary deviation would lead markets to inflict heavy damage forcing Spain to wear a life-jacket in a hurry. Any growth under-performance would undermine fiscal consolidation casting doubts on long term public finances sustainability.

And both prospects are highly likely to materialise rather soon.

Even if Madrid achieves its deficit target this year by deferring expenses to next year, the trick will fool neither investors nor Brussels. The markets expect Spainto ask for a rescue. Should it try to delay that decision for too long it might be forced to take it in more unfavourable circumstances.

It should not fuel the illusion that delaying forever a formal request for help amounts to a plausible option. The regional elections in Galicia stand as a deadline.

Be the first to comment on "Is a Spanish shadow-rescue a real option?"