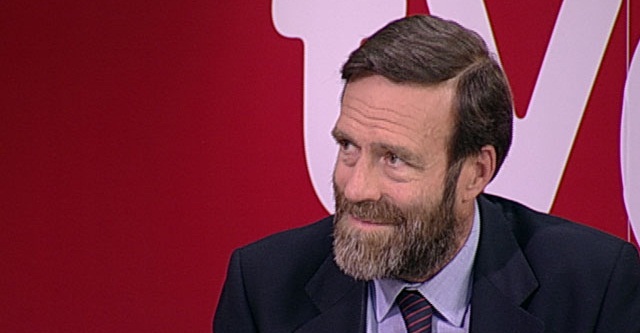 By Fernando Barciela | Guillermo de la Dehesa, member of the board in Banco Santander and presidente of the Centre for Economic Policy Research believes the announcement by the European Central Bank of unlimited short-term sovereign bond purchases has already had a positive impact. In fact, spreads between the Spanish bonds’ protection costs and Germany’s would now be sufficiently low for Spain to introduce further reforms without external aid.

What do you make of Germany’s change of attitude, finally allowing the ECB to buy Spanish and Italian debt? I assure you that the ECB has made this decision alone. No member state can tell the ECB what to do or what to decide as it is absolutely independent, according to treaties and protocols. Otherwise it would be a scandal.

Decisions are made by 23 directors, 6 permanent and 17 governors of central banks of the member states, by majority. In this case the decision was made by “overwhelming” or “massive” majority, as the president said.

Didn’t the ECB looked for a solution that Germany could accept? No. Although many believe otherwise, the ECB itself is authorisWeidmaned by the article 125 of the Treaty and Article 18 of the Protocol to buy sovereign and private debt any time in the secondary market.

Before this latest purchase decision, the current president of the Bundesbank, Jens Weidmann, publicly threatened to resign. He did it in a much less elegant way than his counterparts as he should have come to the Council to explain his position rather than trying to scare other advisers before making their vote, which, by the way, seems to have had the opposite effect …

Why does Spain have to ask a bailout with the risk premium over 400 points and lower? The rules of “unlimited purchases” are very clear, they are conditioned and therefore can only be carried out in those member states that comply with the MOU with the EFSF.

For those who do not meet these conditions, purchases cannot take place. Clearly, the announcement of the ECB’s plan to buy debt has allowed spreads to lower, so any member state may stop asking the EFSF to stop negotiating the MOU. But that would be risky because if markets perceive later that a member state is not doing everything it should do, spreads would rise again.

The advantage is that there is no deadline. Do you share the impression of many economists that this sovereign debt crisis could have been stopped a long time ago if the Greek debt had been protected? I do. We are facing a crisis that was not necessary but self-inflicted: let’s not forget that the whole euro zone has lower deficit, debt, foreign debt and current account imbalances that the U.S., UK and Japan.

Our problem is that we suffer internal imbalances in the area due to its own design and management problems.

What would be those design problems in your opinion? The first and most obvious is the fact that, as we all know, the U.S., the UK and Japan have a central bank that acts as a last resort lender to both banks and the national Treasury, while the ECB cannot act the same way in the euro zone.

Is that really important? For some experts it’s a relative question… I don’t think so. The effect of that intervention power in the three countries I mentioned is that sovereign debt is considered a risk-free asset and with much less risk than corporate bonds because the central bank can lend money to the Treasury to pay or even buy it temporarily until the situation improves and sell it without wasting taxpayers money. This is what explains the rates in the U.S. or the UK are so low, despite being countries with a very big debt.

So having a common central bank but not our own is hurting us. What I can tell you is that each one of the three countries I mentioned has its own currency and its own central bank, while the euro area member states have a  “common” currency but not their “own”. This forces them to issue debt in a currency that is not controlled by their own central bank, which is the ECB.

Be the first to comment on "“Weidmann threatened us and lost,” says Santander’s Guillermo de la Dehesa"