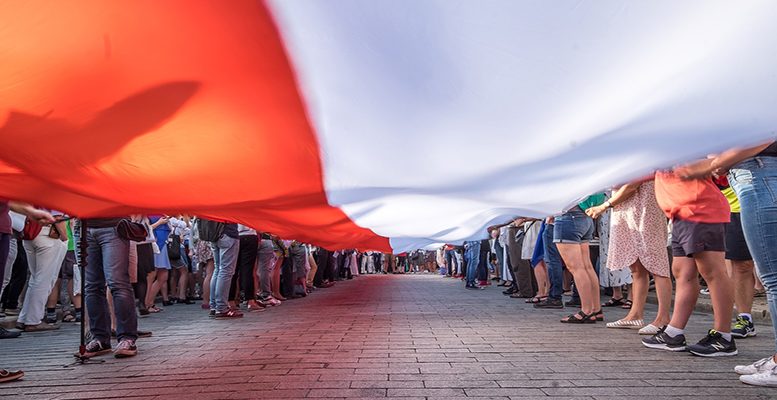 Rob May via Fair Observer | In a world where the radical right is most certainly on the rise, Poland has become a key stomping ground for its adherents.

In recent years, Poland has attracted more attention from the international community than any time since its break from communism almost 30 years ago, rivaled only by its joining of the European Union in 2004. In 2015, the nationalist, social-conservative and Euroskeptic Law and Justice party (PiS) won an outright majority in the national elections with 37.6% of the vote — something no Polish party has achieved since the communist collapse. This followed the election of the party’s presidential candidate, Andrzej Duda, giving the PiS full control over Poland’s executive arm of government.

Since then, PiS has come under heavy criticism from the Western media, governments and institutions for its measures to turn Poland into an authoritarian state. For example, almost immediately after consolidating power, the government signed a bill putting state media under government control. As a result, the treasury minister is now responsible for hiring and firing senior figures in public television and radio, transferring power from the National Broadcasting Council, which has prompted accusations that the government is behind attempts to “muzzle free media.”

Under the guise of tackling corruption, the party has introduced reforms in a bid to take control of Poland’s courts. This directly challenges the standards of the Polish Constitution, which protects the independence of the Polish judiciary. Most recently, and just as controversially, is the change in the anti-defamation law, which took effect in March 2018, making it a criminal offense for anyone (inside or outside of Poland) to accuse the Polish nation of complying or assisting the Nazis with their rampage of terror during the Second World War, despite overwhelming evidence that some Polish citizens encouraged and even took part in barbarous acts.

Critics view this as not only an attempt to whitewash history, but as an attack on free speech and academic discourse. These dictatorial measures have met with worldwide condemnation, including from the European Union, which is punishing Poland with “unprecedented disciplinary measures.”

However, overshadowed by these blatant attempts by the Polish government to challenge liberalism and undermine democracy, far less attention has been focused on Poland’s emergence as a key hub for the radical right. Buoyed on by the new conditions in their country, in Europe and across the globe, these radical groups and individuals, often supported by members of the ruling party, feel enabled and encouraged to spread their messages of hate. As a result, Poland has become a center for transnational radical-right activity.

In recent years, Poland’s annual Independence Day march (11 November), organized by three far-right groups — All-Polish Youth, National Movement and National Radical Camp — has been dominated by radical-right activists, resulting in commentators branding the 2017 event “the world’s largest far-right gathering.” Police estimate the 2017 march attracted around 60,000 people from all over Europe and beyond, a significant increase from the 500 present for the first march in 2009. Besides Polish racists, some of whom had their travel expenses paid by Stalowa Wola’s PiS mayor, Lucjusz Nadbereżny, among the crowd was a large contingent of international radical-right players who propagated anti-Muslim, anti-Semitic and white supremacist sentiments.

For example, one of the first to speak at the rally was Roberto Fiore, leader of the openly fascist Italian political party Forza Nuova, who called for the resurrection of indigenous (white) Europe. László Toroczkai, vice president of Hungary’s fascist party Jobbik, complained to the crowd of the EU’s refugee resettlement program, claiming that “The threat comes from Brussels … Poles and Hungarians are capable of changing Europe.” A representative of the Slovakian far right used the stage for a rallying cry: “It’s time for the European nationalists to unite in the fight against neo-Marxists and Islamists,” proclaiming that “Poland is the role model for Europe.”

A strong radical-right contingent from Britain was also present. Prominent anti-Muslim activist and former leader of the English Defence League, Stephen Yaxley-Lennon (aka Tommy Robinson), attended the march and was interviewed on the “Islamization of Britain” by Polish media. Also present was Rebel Media (Canadian-based right-wing media outlet) employee and former British National Party activist Jack Buckby, who live-streamed the event on Periscope.

Chauvinistic and hate-filled banners and chanting were commonplace throughout the rally. Placards bearing racist slogans such as “Islam = terror” “pure blood, clear mind,” “White Europe of Brotherly Nations” and “Europe will be white or uninhabited” were flown proudly in the air, while “Sieg Heil!” was chanted by sections of the crowd. When pro-PiS Polish state TV asked one participant live on camera why he was in attendance, he replied, “To get the Jews out of power.” What the EU considered a “xenophobic and fascist march,” the PiS described as “patriotic” action, with then Polish Minister for Interior Mariusz Błaszczak declaring it “a beautiful sight.”

Before the march, the Polish white nationalist publication Szturm organized an international far-right conference held at the Polish parliament. The conference attracted media coverage because of the withdrawal of its headline speaker — arguably the world’s best-known white supremacist — the American Richard Spencer, leader of the alt-right movement. The Polish government denounced Spencer for engaging in Holocaust denial; the minister of foreign affairs at the time, Witold Waszczykowski, insisted that Spencer “should not appear publicly, and especially not in Poland.” However, while attracting far less publicity, around 100 radical-right activists from across the globe did attend, including the European editor of Spencer’s AltRight.com, Daniel Friberg, Jobbik’s Toroczkai and the founder of the Russian white nationalist clothing brand White RexDenis Nikitin.

Emboldened by this new center of radical-right activism, a multinational neo-Nazi music festival was being organized in Poland to celebrate Hitler’s birthday on April 20. According to the Polish news outlet Gazeta Wyborcza, neo-Nazi hate group Club 28, which has links to the notorious international neo-Nazi music production network Blood & Honor, planned to host the event with bands from around the world booked to play; for example, H8 Machine from the USA and Heiliger from Germany were likely to headline. This year’s event was expected to attract far greater numbers than last year’s, which was infiltrated by journalists from Poland’s independent TVN broadcasting network who, along with capturing footage of a swastika-shaped birthday cake, reported that an aide to an MP was involved with the neo-Nazi group Pride and Modernity.

However, Poland’s Internal Security Agency and police prevented the event from taking place. Public propagation of totalitarian ideologies like fascism (and communism) are outlawed in Poland. Furthermore, the organizers of the concert were detained by the security services in a raid in Dzierżoniów, southwestern Poland. The police closed off areas of the town, preventing residents from leaving their homes amid fears of attacks by armed neo-Nazis. That said, many of Poland’s Hitler-worshippers crossed national boundaries to Germany and the border town of Ostritz, where thousands gathered at a neo-Nazi held a rock festival, Schild und Schwert (shield and sword), to celebrate the führer’s birthday.

Poland has become a crucible for the radical right. The current government’s path toward authoritarianism, as well as certain government officials actively supporting the activities of racist nationalists, has greatly assisted in turning the country into a hotbed of transnational radical-right activity. In a world where the radical right is most certainly on the rise and, with radical-right events attracting an ever-increasing number of followers for the ever more vocal figureheads, Poland has become a key stomping ground for its adherents.