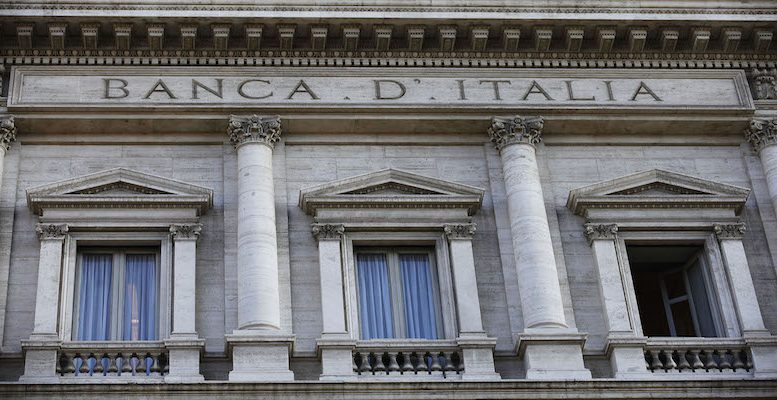 Italy is currently experiencing the quietest banking crisis I ever have seen. From 2007, the share of non-performing loans in the banking sector has tripled from 6 percent to the current 18 percent. The tide of sour loans rose steadily every year without any significant reaction from authorities. The official bailout initiatives are now more visible but it merely focuses on collecting funds so that the status quo can be maintained without any real restructuring of the economy or banking sector.

European Union regulation forbids any member country from subsidizing a private company directly. To circumvent this problem, the Italian government has created two rescue funds – Atlante I and Atlante II – that purchases some of the bad loans from the banks. The ideal situation would be that only private money is invested in the funds, but the initiative got a lukewarm welcome. Therefore, some of the investments are from funds that I regard as semi-public. The latest fund, Atlante II, raised 2.4 billion euros, which might sound like a large amount, but is relatively small given the size of Italy’s economy and problems.

The Bank of Italy commented on problems in the banking sector in its semi-annual report in April, but, to an extent, the challenges are downplayed. It seems to be generally acknowledged that Italian banks have been hit by the economic downturn precipitated by the 2008 financial crisis. The country’s GDP growth has not shown any significant signs of improvement. In April, the Italian government lowered the GDP expectation for this year to 1.2 percent. The forecast for GDP growth for the second quarter has dropped to 0.2 percent. It’s hardly enough to retain trust in the 1.2 percent annual growth target, and the emerging banking crisis further erodes confidence.

Italy is the third largest economy in the Eurozone and naturally a lower growth rate will negatively influence the overall growth of the Eurozone. A severe banking crisis is a shock for any economy and will, in many cases, hamper economic growth. This is the risk that Italy and the Eurozone are facing. During the recent G-20 meeting in China, the Italian finance minister Pier Carlo Padoan told the press that “we are going in the right direction, there is no risk in terms of systemic stability.” He is so far right in his assessment that not all Italian banks are equally hurt, although the crisis is more widespread than the Italian finance minister was willing to admit. In my view, the overall risk for Italy and the direct negative economic consequences for the Eurozone should certainly not be downplayed.

Italy has no room left to maneouvre, partly due of its mountain of public debt. Government debt has reached 132.7 percent of GDP. A ratio above 125 percent is where the IMF says a country has fallen into a debt trap. In the Italian case, the risks are not alarming because a large part of the debt is financed at home. Similar to the case in Japan, it’s possible for the government to work with a higher debt level for some time at least.

What should be deeply worrying about the growing banking crisis in Italy is where the non-performing loans are originating from. One significant sector is retail and wholesale, meaning it’s a widespread problem. The biggest source for losses is the construction sector, which might come as a surprise, because the zero interest rate level has bolstered building activities in many parts of the world. I take it as a sign that there is a significant risk of an economic downturn in Italy because the construction sector is suffering even in a zero interest rate environment. Furthermore real estate prices are under pressure, which probably will cause more write-offs on many balance sheets.

Italy has tried to avoid reforming the economy and maintain the status quo and the Atlante I & II rescue funds won’t change anything either. From my own 3-decade-long experience in the financial sector, I have learned that a banking crisis is always much deeper and more expensive than first expected.