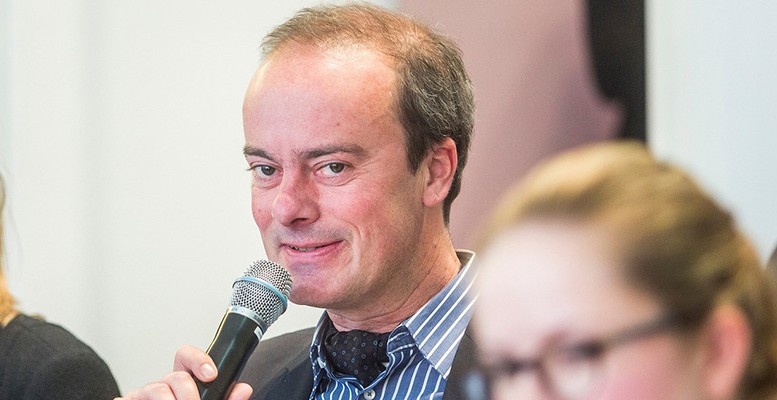 Michael Wolgemuth, board member at Germany’s Konrad Adenauer Foundation thinks it will take time for there to be reconciliation eventually between creditors and debtors in the euro area. The key is to know and regulate what both parties need to take into account in the event of a state becoming insolvent.

Question: Many experts consider that the euro has turned the Eurozone into a union of countries with mutual responsability. Are you of the same opinion?

Answer: Yes of course. The promise made to the German people before the birth of the euro, contained in the “no bail-out” clause, is no longer valid. The European Monetary Union’s “no bail-out” clause excludes it from endorsing or guaranteeing the member states’ debts. The creation of the European Stability Mechanism (ESM) limited this clause which was devised with the aim of forcing EU members to have respect for budgetary discipline.

The idea was that those countries which spent more than a reasonable amount and refused to be guided by budgetary stability, could not expect other member countries to support them in the event of insolvency.

The “no bail-out” clause complements the stability and growth pact which establishes debt limits. On the other hand, the ECB is buying time to allow countries in crisis to recover. In fact, it has become the only institution with the power to stabilise the Eurozone. But its low interest rate policy also causes problems. It means that banks and companies’ business life is artificially extended, but this does not guarantee an increase in investment. It also lowers the incentive to implement the structural reforms which are needed. In the end, if the necessary measures are not taken, the Eurozone could remain in this stagnant situation for a long time.

Q:What would happen if populist parties had their way, refusing to pay off debts or stick to the European pacts.

A: That would be the end of the euro. And the end of Europe as a community of law. This is a real risk. In the case of Greece, we saw what happened when a country decides off its own bat to break an agreement. But we also saw that in the end that you can’t win with this kind of game. The Greeks have been forced to comply with even more stringent demands and obligations. Bearing in mind besides the fact that while Greece continued to bet on winning this game, the only thing that happened was that its economy deteriorated further.

Q: Germany is always the target for criticisms. One of the most common ones is that the euro only benefits rich countries like itself.

A: To some extent, I obviously agree with the criticisms. Germany’s export industry has benefited from euro weakness, so you could say that the country is benefiting indirectly from the crisis in other European countries. But even with a stronger euro, Germany would also be much more competitive than the rest of them. This is the result, above all, of having a better – or at least less bad – economic policy. It also has to do with the fact that Germany has many mid-sized companies with state-of-the-art and innovative technology which compete on a global level. This strong point in the German economy has little or nothing to do with the euro. And if you ask insurance companies or people with savings accounts they will of course tell you that Germany has lost out with the euro, because savers are losing money with the current negative real interest rate environment.

The savings rate in Germany is particularly high, so it is understandable that people are not happy with the current situation.

Q: Will creditors and debtors be reconciled some day?

A: Creditors and debtors need time, patience and confidence to reconcile. It is important that, hopefully, a third financial crisis doesn’t occur or if it does, that it will not be a major one. Structural reforms in labour markets, the financial sector and public finances have a lag effect. That means that the desired growth and job creation take time, but they are clearly successful. We can see this in the Baltic countries and in Iceland. Furthermore, Germany has been calling for clear rules on how to manage the Eurozone states’ ordered insolvency for a long time. The question is to know what creditors as well debtors need to take into account in the event of a state declaring insolvency. What is unacceptable is the political blackmail we have seen, as well as the fact that taxpayers from other member states have to pay up in the end.

Q: In the end, who will pay the debts?

A: Future generations. Debt repayment and restructuring are long-term operations. By then, the politicians who are now agreeing on solutions will no longer be in office.