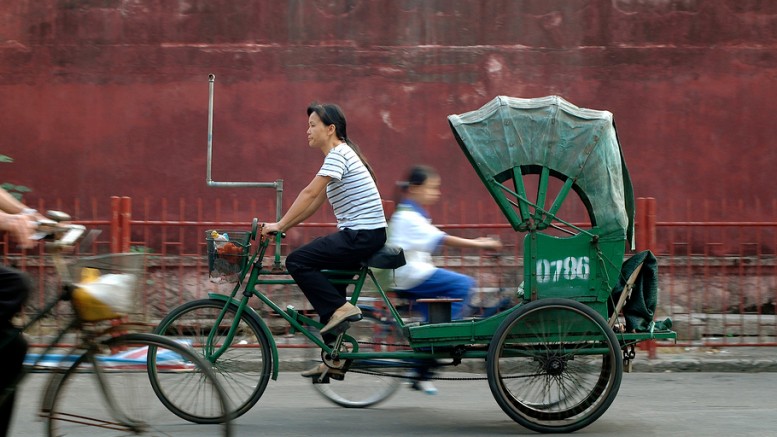 Craig Moran | Territorial spats between China and its Southeast Asian neighbors over Beijing’s infamous “nine-dash line” dotted across the South China Sea have substantially soured the mood of its allies.

China’s insistence to play by its own rules, especially in the case of the Spratly, Paracel and Senkaku/Diaoyu islands, has put Beijing at loggerheads with virtually all littoral countries in the region and, farther afield, with the United States. As a result, the fact that China has chosen to go its own way regarding territorial claims has become a burr under the saddle of many of its once loyal allies.

Malaysia provides a particularly good example of China’s alienation of its friends over the South China Sea. China’s incursions in Malaysia’s territorial waters have increased in frequency since 2009, when it began to more stringently adhere to the informal “nine-dash-line” area established in 1947. For many years, Malaysia considered itself in a “special relationship” with China and had chosen to handle such issues privately with Beijing, as it has done with other members of the Association of Southeast Asian Nations (ASEAN) when the South China Sea issue arose.

However, over the past two years, the incursions into Malaysia’s territorial waters have become more frequent, more open and notorious. One particularly egregious example is the Chinese Coast Guard vessel currently anchored at Luconia Shoals. Situated 84 nautical miles from Sarawak, which is well-within Malaysia’s territorial waters, the vessel has been anchored for two years and counting, possibly in an attempt to establish a territorial claim on a new island forming in the area.

Rather than handling the encroachment privately as before, the Malaysian government has been forced to become more public and more confrontational in its approach. High-level officials from Malaysia have had emergency meetings with their own government, Malaysian vessels have been dispatched to the area to reinforce its claim to the territory and to monitor China’s movements in the area, and the issue was on the agenda at a meeting between heads of state this summer.

China’s actions have clearly alarmed Malaysia and threatened the “special relationship” the two parties claim to have. It has also begun to drive Malaysia into the arms of the other power in the region: the United States.

The US has already done a great deal to woo Malaysia away from China. As China’s economy experiences a slowdown, the US is finalizing the Trans-Pacific Partnership (TPP) with Malaysia (among others). The TPP, a paradigm-shifting agreement to which China is not a party, stands to open American markets to Malaysia’s electronics, rubber and palm oil industries, which are expected to help make up for the recent decline of Malaysian products exported to the US, and then some.

Washington and Kuala Lumpur have taken steps to increase the level of their security partnership as well. Malaysia has joined the US and other states in establishing the Global Coalition to Counter Islamic State. As part of this, Malaysia has pledged to establish a regional center to counter messaging from the Islamic State (IS) by the end of 2015 with the help of Washington. Additionally, Malaysia has agreed to share intelligence with the US in the fight against IS.

Vietnam and the US

Meanwhile, another example of a close relationship gone south comes from Vietnam. After China deployed an oil rig in Vietnam’s territorial waters in 2014, tensions escalated to the point that President Truong Tan Sang seemed to forgive Washington for imprisoning him during the Vietnam War, and instead lashed out at China.

In a September interview to Associated Press, he unambiguously declared that Beijing’s large-scale reclamation of submerged islands in the South China Sea “violates international law.” During the same interview, Sang talked warmly about the US, lauding the steps made by US President Barack Obama toward normalizing bilateral relations and lifting an embargo on armament sales.

While Beijing has been making overtures recently in a bid to pacify Hanoi, the damage will not be reversed easily. The two candidates vying for the top position of secretary general in the Communist Party of Vietnam are both perceived as having strong intentions of deepening ties with the US. Coupled with the recent signing of the TPP, Hanoi seems set to pursue its core national interests by playing the powers against one another, in the hope of restraining China’s aggressive actions in the South China Sea.

That strategy has already borne fruit. During Xi Jinping’s two-day visit to Vietnam, the two communist countries agreed to solve their maritime disputes peacefully by helping each other and proceeding “hand in hand” on a path to building a “truly trustworthy” bond.

China’s assertion of its non-existent and unrecognized claims in the South China Sea, especially as it relates to Malaysia and Vietnam, is positioning the razor of fruitless aggression over the special relationships’ face. China’s incursions are making international recognition of its claims in the area even less likely. Continuing down this road will likely find many more of China’s relationships in ruins.