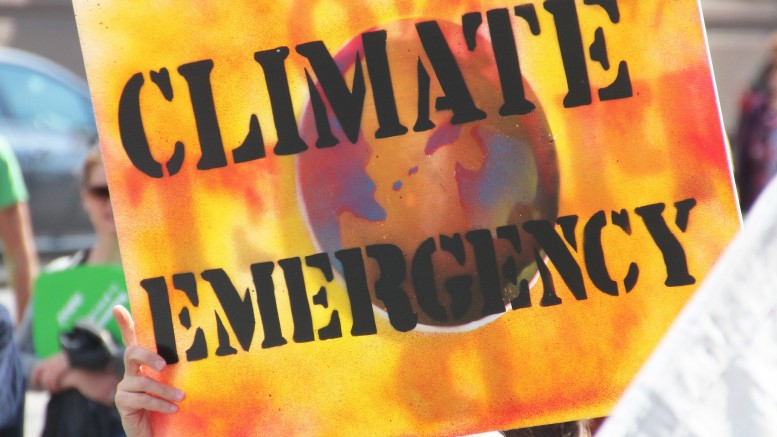 BARCLAYS | The Conference of the Parties (COP-21), the annual meeting of all countries which want to take action for the climate, will take place in Paris from 30 November to 11 December. Organized by the United Nations Framework Convention on Climate Change (UNFCCC), the objective of COP-21 is to arrive at a global agreement on greenhouse-gas (GHG) emissions that will ultimately limit the increase in the average global temperature to no more than 2°C above pre-industrial levels.

We already know that the national emissions plans (Intended Nationally Determined Contributions, or INDCs) submitted by each country ahead of the COP will not in themselves be enough to move the world onto a trajectory consistent with a 2°C average temperature increase. As a result, a successful outcome in our view would be one that (i) gives credible backing to the deliverability of the INDCs, and (ii) gives hope for a subsequent tightening of the INDCs beyond COP-21 such that the prospect of a 2°C deal at a later date remains alive via a credible periodic review process.

There are reasons to think COP-21 can deliver a strong outcome .In our view there are three main factors that suggest COP-21, could deliver a more meaningful outcome than the last comparable summit (COP-15 in Copenhagen in 2009).

1. The US and China are much better synchronised this time around China and the US are the world’s largest emitters, and tension between the two has been a long-standing ritual at previous COPs, not least COP-15 in Copenhagen where disagreement between the two was one of the reasons for that summit’s ultimate failure. However, a bilateral agreement signed between President Obama and President Xi Jinping last November has transformed the relationship between the two countries on this issue.

2. INDCs cover 80-85% of all emissions, far more than Kyoto Protocol ever did The level of coverage and engagement displayed in the INDCs is much higher than what has been achieved under the top-down approach of the Kyoto Protocol. We estimate that under the first Kyoto commitment period covering 2008-12, the countries that signed up to emissions targets accounted for only 30% of the global total, compared with the 80-85% covered by the countries that have so far submitted INDCs. The bottom-up approach in the INDCs is also inherently more flexible, which makes the politics easier.

3. Renewable-energy costs have fallen dramatically since COP-15 in 2009 The cost of the major renewable-energy technologies has fallen sharply since the failure of COP-15 in Copenhagen, and this transforms the context of discussions over future mitigation costs. It also means that with or without a meaningful deal in Paris, the world will be transitioning towards a more sustainable energy system over the next few decades.

But there are also reasons to be sceptical about what Paris can deliver However, we also see three reasons to be cautious about the outcome.

1. The INDCs burn through three quarters of remaining 2°C budget by 2030 Even though the INDCs represent a big step forward, the energy-consumption pattern they imply would burn through 75% of the carbon budget likely consistent with a 2°C world by 2030 (748Gt/1,000Gt). Even under the looser scenario consistent with only a 50% chance of achieving a 2°C outcome, the INDCs consume 58% of the remaining carbon budget by 2030 (748Gt/1,300Gt).

2. Financing remains a major sticking point It is hard to know how negotiations over climate financing will play out in Paris and whether this issue could ultimately prevent a successful outcome, but at the very least we think the Climate Change level of ambition and urgency on the part of the leading developed countries will have to be increased if developing countries are going to agree to a meaningful deal at COP-21.

3. How to prioritise given so many other pressing global challenges? Global leaders have many other pressing issues to worry about at the moment, with security at the top of the list following the recent terrorist attacks in Paris. Of course, global leaders are used to juggling many complex issues at the same time, and this backdrop may even help bring global leaders together, but equally it could distract attention and hence result in a weaker deal than might otherwise have been the case.

Global leaders will now assemble in Paris against a very sombre background. The timing and location of this particular COP is now inevitably freighted with tension and poignancy following the recent terror attacks in Paris. Whether this ultimately helps world leaders to find common cause on climate remains to be seen, but we think the key to achieving a successful outcome at COP-21 lies in the political will for a deal shown by the heads of government who will be assembling in Paris at the beginning of the talks.

In this respect, we think it is significant that the French government has inverted the usual order of proceedings for the COP by convening the heads-of-government meeting at the beginning of the two-week summit rather than the end (this was arranged well before the terror attacks of 13 November). This could help provide impetus to the detailed technical negotiations over the following two weeks.

We also think there are two developments in recent weeks worth highlighting:

1. French President François Hollande visited China at the beginning of this month and made a joint declaration with his Chinese counterpart, Xi Jinping, that emphasised the importance that both countries attach to securing a meaningful deal in Paris. Crucially, the two presidents fully endorsed the principle of securing a process at COP-21 that will allow the implementation of the INDCs to be effectively monitored and subsequently tightened so that a 2°C deal can remain within play beyond COP-21;

2. When U.S. President Barack Obama rejected the Keystone XL pipeline earlier this month, he explicitly linked this decision with climate change and with the need of the US to show global leadership on this issue ahead of COP-21. This indicates that President Obama views a meaningful deal in Paris as a priority for his own political legacy.

While in no way guaranteeing a successful outcome at COP-21 in themselves, we think these developments do at least show that there seems to be the kind of political will necessary amongst the world’s two largest emitters, and the host country, to secure a meaningful deal at COP-21 that can then be revisited and strengthened in future negotiations.

It now remains to be seen how things play out. COP-21 can help accelerate the global energy transition already underway

Whether or not COP-21 meets the criteria for a successful outcome as we have defined these above, we would emphasize that the falling cost of renewable energies and the savings to be made from improving energy efficiency are already driving a global energy transition that will put traditional energy providers under increasing pressure over the next two decades. A successful policy outcome at COP-21 could help accelerate this transition significantly.

As a result, we think the fossil-fuel industry can no longer afford to ignore the issue of carbon risk, and that a transparent stress-testing of its business model against the risk of a 450-ppm world would be the best way of kick-starting a dialogue with investors and other stakeholders over a meaningful risk-mitigation process. In this report we look at these risks in so far as they relate to investments in, and demand for, fossil fuels over the next couple of decades.