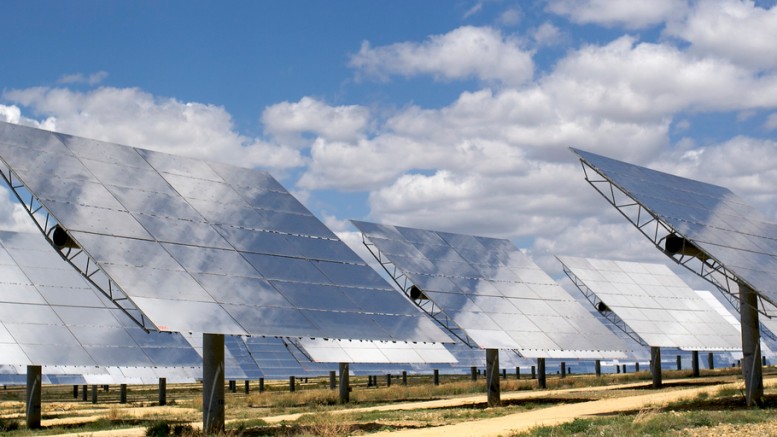 Fernando Barciela | Throughout this current year, 99 companies across the world have defaulted, the second highest figure in the decade after the 2009 crisis, according to S&P. Spanish firm Abengoa could be added to the list.

Everyone with inside knowledge in Spain knew that Abengoa had some financial troubles: but this didn’t mean they bet the company would find itself, as it has done, in such a serious situation as pre-insolvency protection. Or even end up being the largest bankruptcy in Spanish history.

Although the media and many experts blame the crisis and the squeezing of the renewables industry for Abengoa’s problems, this is in fact not true. In the first place, we cannot describe Abengoa as a renewables company. Besides being involved in renewable electricity generation and converting biomass into biofuel, it is also one of the world’s leading power lines builders and a top engineering and construction firm. It employs 24,000 people worldwide.

And, although several of its businesses lines have been suspended in Spain, we mustn’t forget the company gets 84% of its income from abroad. The Andalucian company has amassed dozens of very important infrastructure projects in the past few years all over the world, from the U.S. to China and Latam. The problem is that with a  gross debt pile of some €8.9 billion, and exposure to Spanish and international banks of around €20.2bn, Abengoa has found, and continues to find it difficult to get them off the ground. It lacked the financial resources, and the banks did not lend any more. The company has a special business model. Instead of simply building projects or running them, it does both, raising money from bond markets to finance expansion.

We could say that Abengoa was one of these companies which wanted to take on more than it could handle and failed. Its ambitions – and debt – spiralled out of control. A situation in some ways like Pescanova’s.

It’s somewhat unusual that we continue to see cases like this – Pescanova wasn’t the first and Abengoa will not be the last – in which great companies suddenly implode in such a surprising way. Abengoa had no problem in getting Citi to lead a €100 million (£70million) share sale in July to raise funds for the group at a price of €2.80 a share (now they are worth €0.44). A particularly embarrassing situation for the US bank.

Furthermore, days after the Citi-led share sale, Abengoa revealed it was seeking to raise €650 million of capital and dispose of €500 million of assets. It also alerted the market that its free cash flow for the year would be as much as €800 million lower than previously forecast. But its executives didn’t dare tell the truth. While investors began to worry, they had no problem in saying the company didn’t need more capital.

And there were some who trusted them, because last month a broker was telling people in Spain that buying Abengoa bonds was a good idea. Even when the company had been posting lower profits in the last few years and, earlier this month, finally reported a €194 million net loss for the January-September period compared with €100 million net profit a year ago.

The same could be said for the auditors. In a statement accompanying Abengoa’s earnings report, the auditors said this month (just now) that the business had worsened in the last quarter as uncertainty over the company mounted.

Another person who didn’t expect such a terrible outcome is Obama. His administration awarded the company about $2.7 billion for two majors projects — the Solana Generating Station in Arizona and the Mojave Solar Project in California. Republicans and other critics of renewables were short of time to remind Obama of his previous failure with Solyndra in 2011. This left taxpayers responsible for more than $530 million. These people reminded the President that the administration’s meddling in the energy sector leads to disaster for taxpayers.

For the time being, we dont’t know the whole story. Although many think Abengoa’s main problem is its debt, the situation may be more serious. It was very bad news that Gonvarri cancelled its plans to inject around €350 million into the company. And this for a very simple reason: because the banks refused to inject €1.5 billion into Abengoa. Does that mean they simply don’t trust the Seville-based firm any more? That indeed would be a mess.