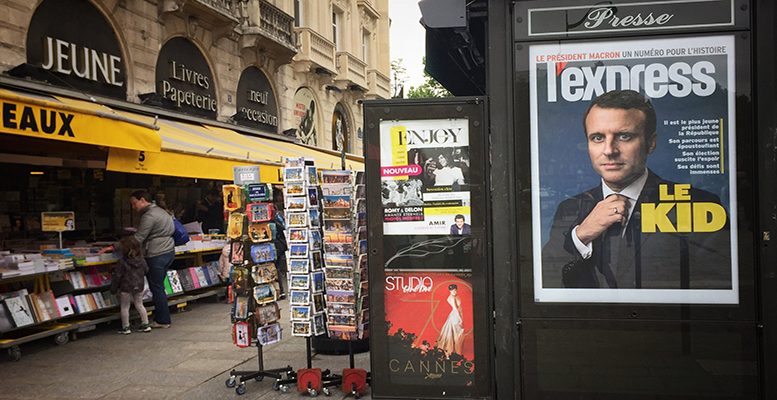 Nick Ottens  via Atlantic Sentinel | Chris Bickerton makes a strong argument in The New York Times: Emmanuel Macron is on track to become yet another failed French president.

Bickerton, who teaches European politics at Cambridge University, knows France well. But here I think he misses the mark.

Bickerton argues Macron’s “entire political project” has been built around his personality:

Much of his appeal has come from his youth, his dynamism, his good looks and his oratorical skills.

Much, perhaps, but Bickerton exaggerates. Macron’s victory surely had more to do with French voters’ longing for political change than their momentary infatuation with the former banker?

Polls have for years found majorities in favor of labor reform, raising the pension age and giving companies more leeway. Macron was elected on a promise to do what his predecessors could not — and he is delivering.

That is not going to be easy. Macron has convinced some trade unions to support his reforms, others are resisting. The left is up in arms about the changes. The right — which failed to liberalize the labor market when it was in power — now complains Macron doesn’t go far enough. Little wonder his popularity is down. To interpret this as a structural weakness of Macron’s presidency seems at best premature.

Maybe my analysis is colored by my support for Macron’s reforms. They look sensible to me.

But if I’m biased, so is Bickerton, who laments that Macron is “merely pushing France a little farther down the road of labor market deregulation” and that his policies “favor employers over workers and chip away at what remains of the French welfare state.”

What remains? One in five French workers are in the public sector. Government spending is more than 50 percent of GDP. France has one of the most generous welfare states in the world. All Macron is doing is making it easier for companies to fire workers with cause and reducing the damages judges can award to workers who have been wrongfully terminated.

We can debate the merits of this, but to call a Macron a “failure” for it does not make sense.