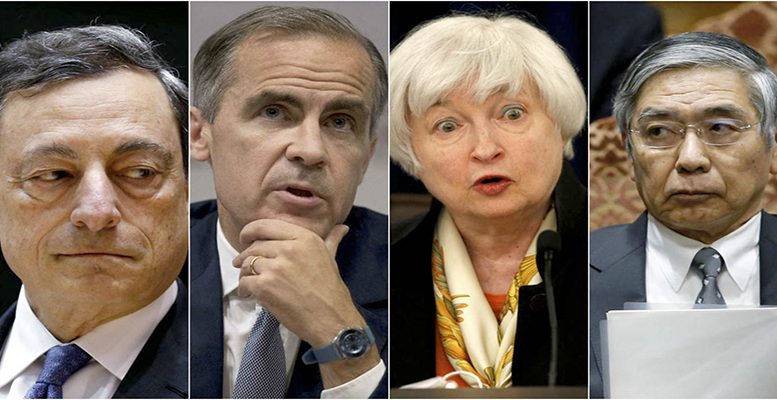 J.L.M. Campuzano (Spanish Banking Association) | The increase in the size of the central banks’ balance sheet has without doubt been one of the untraditional measures of the financial crisis. And one of the most debated because of its potential disorting effect on the financial markets’ behaviour.

According to figures from Citi, the size of the balance sheet of the main central banks in the developed countries has gone from something over 11% of GDP before the crisis to a percentage which is now over 35%. The purchase of assets in the market and medium-term loans are behind the rise in the balance sheets.

What is the limit to these measures? The President of the ECB has conditioned it on a recovery in inflation. But he also anticipated that probably at the central bank’s next meeting in October a scheme would be worked out to progressively eliminate QE.

This gradual reduction in the asset buying programme has already started, from a combined perspective. For example, mid-last year the monthly purchases of paper on the part of the main world banks exceeded $180 billion. At the moment, Citi estimates they total a little more than 100 billion.

Why eliminate these measures if they have worked well? A simple answer would be that the economy is improving and the risk of deflation is, in principle, averted. But we would likely be selling ourselves short with this argument. We should probably include technical factors to complement it (including potential disortions in the price of the assets) and even the risks of excesses given how long the measures have been in place.

The president of the New York Fed, William C. Dudley, says the risk of maintaining very favourable financial conditions for a prolonged amount of time is that they oblige a restrictive monetary policy to be implemented afterwards.
In a conference two days ago, the ECB deputy president stated that the fact most of the financing of the economy is on the shoulders of the banks facilitates balance sheet normalisation. Of course leaving the possibility open of reinstating QE as a monetary tool if it were needed in the future.
SHARE
TWEET
LinkedIn
SHARE

Fed tapering and the unstable equilibrium

May an intervention in Syria harm the U.S. economic recovery?