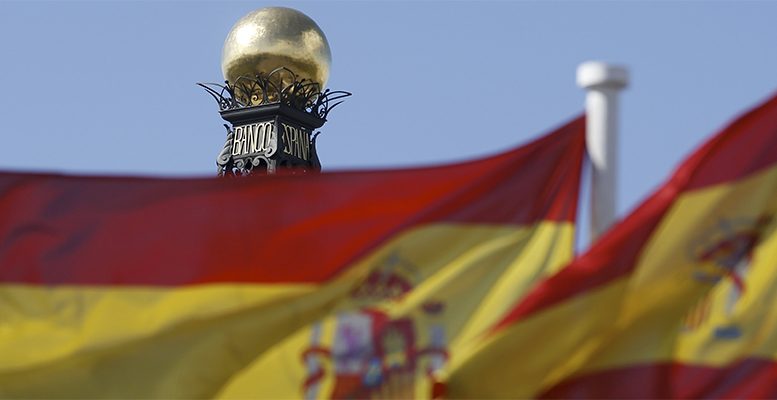 Pablo Fernández | The “Report on the financial and banking crisis in Spain, 2008-2014” published by the Bank of Spain last May is 252 pages long, but omits important facts and dates.

The most surprising thing is that it seems to assume that the financial and banking crisis in Spain was the result of “contagion” from the ‘”international financing crisis”.

But it’s possible to highlight 10 omissions in terms of dates and facts about the crisis in Spain: (an international comparison of unemployment in Spain, letters from the Bank of Spain’s inspectors to ex-Economy Minister Pedro Solbes, a lack of action on the part of the Bank of Spain managers, hugely overvalued valuations…). At the same time it can be suggested that some actions be included in the next edition of the central bank’s report on the crisis in Spain.

An international comparison of unemployment in Spain

The “Bank of Spain report ’17” talks about the jobless rate in Spain but does not compare it with that in other countries. The number of jobless and the unemployment rate in Spain was and continues to be much higher than in other countries. With these figures, it’s difficult to maintain that the crisis in Spain was due to “contagion” from the “international financial crisis”: were the rest of the countries vaccinated against it? As we don’t have any information about a universal “vaccination”, it seems sensible to conclude that the crisis in Spain was due to “accions taken by some Spanish citizens in Spain”.

Letters from the Bank of Spain inspectors complaining about the lack of action on the part of their superiors.

In the letter sent 26/May/2006 by the Bank of Spain inspectors to Economy Minister, Mr Pedro Solbes, the former express their awareness of the dangers which “the Bank of Spain’s passivity” and the “lack of determination on the part of the Governor” would entail for Spanish households.

Many of the valuations used for developers’ projects and those used to justify granting mortgages were “inflated” at the request of the banks.

Out of those managers and board members at Caja Madrid in 2003-2010, how many had the knowledge, experience and common sense to manage or offer some reasonable advice? 15 more or less?

One example. Do you think it’s reasonable that a person without any knowledge or experience in financial institutions should have an annual salary of over 60 million euros? Given how Caja Madrid and Bankia turned out later, should they give back what they were paid? Just give the money back? Public information on remuneration in other banks which have now disappeared is similar: a former managing director, on early retirement, with a pension of 6 million euros, another with a pension of 15 million….

A lot of savings banks’ losses were not recognised for accounting purposes until 2012.

One example. The auditors of the 3 savings banks and Liberbank (PwC, Arthur Andersen, Ernst & Young, Deloitte) stated every year (and signed off to that effect) that “in our opinion, the accounts…are a true reflection, in every significant respect, of the assets and financial situation…as well as of the results of its operations.”

Value of the illegal expropriations suffered by some holders of preference shares and subordinated debt in favour of the former shareholders.

An example. In the case of the owners of preference shares and subordinated bonds of the 3 savings banks (Cantabria, Asturias and Extremadura) which were merged to create Liberbank in 2011, the expropriations cost approximately 484 million euros. The holders of the preference shares and subordinated bonds were obliged to make an “exchange” which did not respect their preference with respect to the ordinary shares and were expropriated. Meanwhile those with ordinary shares (the 3 savings banks) held on to them.

Value of the “legal” expropriations suffered by holders of preference shares and subordinated debt and former shareholders.

This is a calculation which is very easy for the Bank of Spain to make because it has all the information.

The costs suffered by people who lost their jobs, and by their families, as a result of the crisis

Impact of the decline in interest rates on the State, on financial institutions and on private individuals

From September 2008, the euribor fell sharply and from end-2012 is at minimum levels. It’s obvious that this huge decline has benefited debtors and penalised some savers.

Impact of Quantitative Easing (QE) on the State, financial institutions and private individuals

In August 2017, the ECB already had 206.189 billion euros of Spanish debt with an average maturity date of 8,46 years. QE has also allowed the Spanish state to continue to issue debt and with ridiculous interest rates.