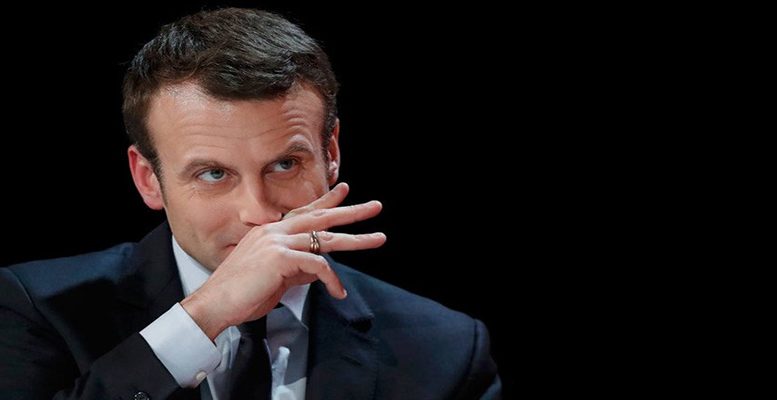 Posted By: Sigrún Davídsdóttir 13th May 2017

During the Cold War there was no lack of Western intellectuals prophesying the end of the Western world as the efficient Soviet bloc would unavoidably win over democracy. Now the pre-destined outcome is seen to be populism that will engulf Western democracy. Making democracy work certainly is no mean task but one way of understanding the victory of Emmanuel Macron in France is reason beating irrational fears. Or as Macron himself has said: you convince people “by speaking to their intelligence.”

What do you do if you want to become a political leader? Listen to angry voters airing ideas politicians for decades haven’t had the wisdom or courage to challenge, such as foreigners and Europe being the reason for all problems – or do you formulate ideas you feel are important and debate them?

The latter is what Emmanuel Macron did in France: instead of lapping up anti-Europe sentiments and xenophobia advocated by Marine le Pen and her National Front, echoed in Brexit and, on a wider scale, the Trump victory in the US, Macron took two ideas seemingly on the vain, free trade and Europe, and won.

How did he do it? As Macron explained in a Channel 4 interview: “By fighting. By convincing people, by speaking to their intelligence, by trying to build stronger arguments in order to present and highlight our project.”

Take a risk or die

A key moment in Les coulisses d’une victoire, (01:16:24) a documentary of Macron’s campaign, is when Macron, after an off-site meeting with some Whirlpool workers, is told that National Front leader Marine Le Pen has just visited the factory: she appeared, she told the workers they were fighting for France and then left after giving some selfie opportunities.

Now, Macron wants to go to the factory – one has to take risks, he says, jump into the battle. His team worries about security but he counters them saying that at present no place in the country is completely safe. “If you listen to the security guys you end up like Hollande,” Macron says. “You may be safe but you are dead.”

Yes, Macron may very well fail. He has only conquered his first hurdle; the second one is securing support in the parliamentary elections in June. The third and most difficult hurdle is governing for the next five years, fulfilling some of his promises.

The power of ideas

Much of the political discourse of the 1960s and the 1970s was coloured by the sense of predestination on the Left that the democratic West was doomed to fail and the Soviet Union would rule. That dictatorship, void of stimulating competition and sparkling innovation, does not foster growth did not enter this argument.

Following the 2016 Brexit outcome in Great Britain and then the Trump victory, the general line of the commentariat, both in the established media and the social media, has benn that the West was destined for populist rule.

Speaking to people’s intelligence, not their ignorance

Macron has shown that fear of “the other,” xenophobia in all its gloom, fear of jobs leaving, jobs being taken by foreigners, fear of international trade agreements, European co-operation etc. can be encountered with reason and arguments for a better society. Closing borders does not create jobs. Pandering to ignorance and fear does not solve the underlying problems.

Macron has encountered these sentiments “by convincing people, by speaking to their intelligence, by trying to build stronger arguments” for the things he believes in, such as Europe and free trade.

With the Macron victory in France Front National and populism has neither been eradicated in France nor elsewhere. But after the elections in Austria, Netherlands and now France it can be argued that the populist element in Brexit and the election of Trump could be an aberration – is does not need to be an invincible trend.

To claim that populism is unavoidable in our times of growing inequality is to believe in some sort of determinism: that certain conditions unavoidably lead to a certain outcome. But that is to negate the power of ideas, the power of reasoning and ultimately the power of democracy.

However, democracy certainly is vulnerable, exactly because it rests on ideas, on the power of ideas, on the need to have the energy to debate what one believes in. And democracy is also vulnerable to the distorting and corruptive force of money working for narrow special interests and not the general good. Alarmingly, this can possibly be happening in the US as Jane Mayer has so brilliantly documented and argued in her book Dark Money and as Angus Deaton concludes in The Great Escape. – Another saga but a very important one.

Not big data but big ideas

The thrust of opinions aired in much of the established media and the social media since Brexit and Trump is the belief that what has happened will continue, will increase and is unavoidable and unstoppable. Macron’s victory has shown that the rise and rise of populism is neither unavoidable nor unstoppable. It was not about clever use of big data but of big ideas and forceful arguments.