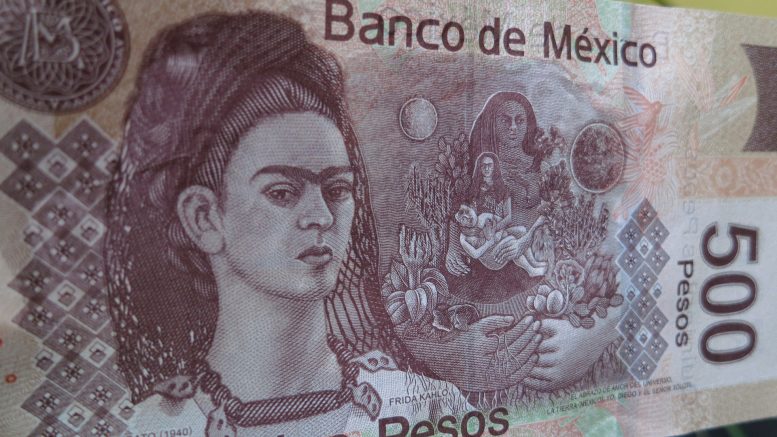 Much bigger and with a much larger population than any European country – with the exception of Russia – Mexico is full of the contrasts of a developing society. A stratum of specialised professionals, trained in magnificent unversities, alongside a moronic education system for most of the population; the incapacity for offering jobs to millions of citizens formerly working in the agriculture sector and forced to emigrate, while a wide, technically advanced industrial base is being consolidated…That said, Mexico is resistant to any analysis based on conventional criteria.

The macro management of the Mexican economy is analysed in the IMF reports (the so-called Article IV), basically in the same style based on prefabricated technical clichés which we are used to reading in their reports on European countries. The last report, in November 2016, praises the quality of the general framework of Mexico’s economic policy and its execution, encourages maintaining the principles of fiscal consolidation with the aim of keeping debt under control – the federal budget normally closes in the red – and reiterates the importance of transforming PEMEX into a profitable organisation. Mexico’s Central Bank’s monetary policy is in the hands of experts, is prudent and has the flexibility to adapt to variations in the financial and currency markets, to the extent that it deserves – and quite rightly so – the IMF’s approval.

A couple of observations

Above all, about its economic growth rate, which was very irregular between 2008-2012. In the last few years, it managed to fall to 1.4% (2013), later oscilating between 2-2.5%. These are not very ambitious figures for a country with the economic potential and social needs that Mexico has: it’s worth recalling the IMF’s conformity, in a previous report, when it highlighted that the estimated growth of 3.9% is “very close to the potential long-term growth rate (of the Mexican economy).” The country is still far from reaching this objective. The Fund itself assigns a low value to the current output gap, and just ventures to say that structural reforms already carried out could raise potential growth – another thing would be real growth to 2.75% “in the medium-term”. The IMF is always more committed to more immediate problems of stability here and now, and very rarely takes a look back to critically re-examine the basis for its (erroneous) estimates’ calculations.

Secondly, it’s obvious that Mexico’s geopolitical environment, an unheard of reconfiguration of the language and the plans of the US leaders, is causing uncertainty which no Article IV can explain of course, but neither should it be ignorant of it. The IMF hides behind extremely cautious language. The document which I am talking about now coincided with the US election campaign and was published only just a few days after the results. It really needed to make reference to the possible external shocks which the one thousand and one threats – indirect or very direct – launched at Mexico by the then presidential candidate might provoke.

The IMF limited itself to identifying the risk for the Mexican economy from a growing protectionism “given its close trade and financial links with the rest of the world.” Forgive the reader for being slightly perplexed. The threat which is closing in on Mexico does not in fact come from “discontent with globalization” (to use Stiglitz’s expression): it has been smart and known how to become an industrialised country thanks to the opportunities provided along the path of change from super-protectionism to free trade. The danger for Mexico are the public threats, concrete and reiterated, which the now president of the US continues to issue. The IMF’s pseudo-diplomatic language clouds in mist the serious social and economic distortions which Mexico could suffer at the hands of a neighbouring country. A country which, at the same time, carries the most weight in absolute terms and, above all, in relative terms in the international organisation.