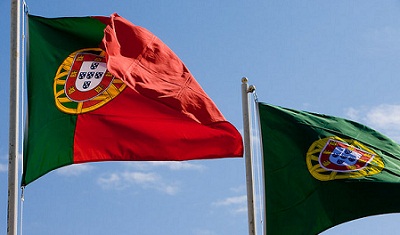 By Carlos Díaz Güell, in Madrid | Portugal has gained the confidence of the Troika (staffers from the IMF, the European Commission and the European Central Bank), as one could infer after reading the note published at the end of their visit last week to Lisbon for the third quarterly review of the adjustment programme. The group acknowledged the progress in correcting imbalances and gave the approval for disbursement of the fourth tranche of aid.

According to the Troika, general policies are being implemented as planned, austerity measures are under way and the broad political and social consensus that is underpinning the programme has become a key asset for success. But there are challenges ahead.

The economic outlook remains difficult. A GDP contraction of 3.25% is expected in 2012 and only a modest recovery in 2013 due to weaker demand both from trading partners and the domestic market. The fiscal target for 2012 is realistic: the budget deficit target is set at 4.5% of GDP and would be attainable, provided that risks do not overcome growth possibilities. To minimise a negative scenario, the government should prevent any defaults by the public administration and implement a strategy to settle the current outstanding bills. The Portuguese government must push forward its reforms over the public sector, tax system and public management.

Portuguese banks seem on its way to an orderly deleveraging. The rules for public recapitalisations are clearer now and plans to meet capital reserve ratios in June 2012 are completed. In addition, authorities are considering a range of measures to mitigate financing constraints to solvent companies. As in other euro zone countries, the real trouble is to let the credit to companies flow while entities are being forced into a deleveraging process.

The labour market reform has been agreed by the tripartite cabinet and changes are being introduced to improve privatisation activitiy of viable companies and to promote a more efficient rental market.

Already coming to Lisbon it is a package of €14.9 billion (€9.7 from the European Union and €5,2 from the IMF) of a €78 billion total funding to be provided by mid-2014. The capital injection would take place in April after final approval of the IMF, the Ecofin and the Eurogroup. The next mission to Lisbon, under the financial assistance programme will be held in May.