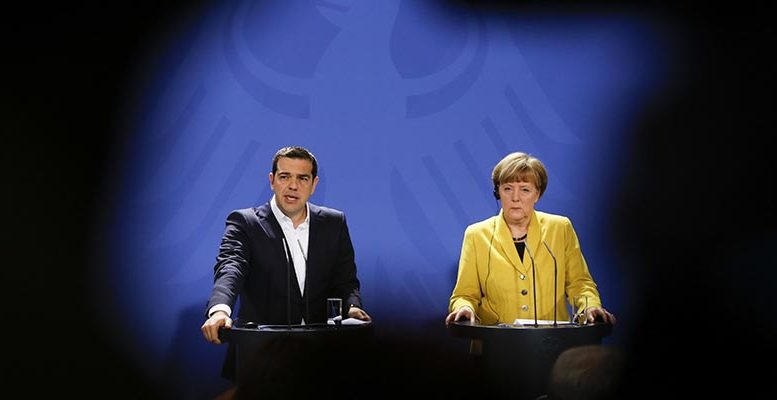 Jens Bastian | What a start to the week in German politics: Following the huge losses of the Christian Democratic Union (CDU) in the regional elections in Hesse, Angela Merkel, the party leader since April 2000 and Chancellor since November 2005, announced her gradual retreat from German politics.

First, she will not stand as CDU leader again at the party congress in December. Furthermore, Merkel announced that her chancellorship will come to an end in September 2021 when new federal elections are due in Germany. Provided she reaches that target date with her controversial ‘Grand Coalition’ between the CDU and the Social Democrats (SPD), she will then be the longest-serving chancellor in post-war Germany.

German politics now enters unchartered waters. This uncertainty extends beyond Berlin. Political risk analysts from Brussels over to Paris and London will be searching for a sense of direction from Berlin. Whoever will be elected as the new leader of the CDU at the December party conference stands a high chance of subsequently being named candidate-chancellor for the Christian Democrats. It is a political tradition in the CDU to link the party leadership with the highest office in federal German politics.

With Merkel’s announcement a new sense of political timing is set in motion across capital cities in Europe. How will Athens react to the gradual changing of the guards in Berlin? While much air time and social media is being consumed with domestic political quarrels in Greece, both government representatives and opposition parties will be well-advised to look closely at the next developments in Germany.

Contrary to some observers rushing to judgement, Merkel will not be a ‘lame duck’, nor governing on borrowed time in a fractious coalition. She is known – and feared by many – to delay decisions until the last moment, but then takes matters in her own hands forcefully. Different prime ministers in Athens have experienced Merkel’s modus operandi during the past years; more often than not to their chagrin and at times with high political costs (see, for example, the experiences of George Papandreou and Antonis Samaras).

By most accounts the chemistry between Merkel and Prime Minister Alexis Tsipras is said to be constructive and cordial. After an initial period of confrontation in early 2015, both sides understood that a return to substantial dialogue and focusing on the policy issues that matter was in the common interest. Nowhere is this better illustrated than in the joint approaches taken during the refugee and migration challenges of 2015-16. The EU–Turkey refugee agreement from Autumn 2015 was also the result of Merkel and Tsipras joining forces together and lobbying their political counterparts with intense diplomacy, from Ankara to Brussels.

Chancellor Merkel urgently needed the cooperation of Prime Minister Tsipras in addressing the refugee and migration challenges. Equally, the latter owes political capital to the former for keeping Greece in the euro area. Without Merkel’s forceful advocacy at the dramatic EU summit in Brussels in July 2015 that a temporary exit of Greece from the single currency is not acceptable (as then proposed by her Finance Minister Wolfgang Schaeuble), Tsipras would have had to return to Athens and supervise the re-introduction of the drachma.

What does the future hold in a post-Merkel Greek-German relationship? At the political level the substance of bilateral relations is strong, as evidenced by two recent decisions. After years of negotiations, the German-Greek Youth Office is becoming a reality on the ground. Moreover, the Greek-German Assembly (DGV), which operates since March 2010 and focuses on municipal cooperation will hold its eighth annual assembly on the island of Crete in November. Both Greek-German initiatives were strongly supported by Merkel, despite initial hesitations by representatives in Athens.

In economic terms, German investments in Greece are again increasing, notably in the tourism sector, the landmark agreement between Fraport and the Greek government to manage and modernize 14 regional airports as well as acquisitions such as the Greek start-up Taxibeat being bought by Daimler Benz in 2017. On her two (albeit short) visits to Greece, Merkel has repeatedly made a point of meeting young Greek entrepreneurs and encouraging business leaders from Germany to take a second look at opportunities in the country.

With the chancellor initiating her gradual departure from the political stage in Berlin, German politics enter a phase of uncertainty but is also being handed an opportunity for renewal. It is premature to write political epitaphs about Merkel. True to her character, she holds all the strings to chart the process of succession. Setting this development in motion now is not a surprise. Her political capital in Berlin was declining after major electoral setbacks for the CDU and the junior coalition party SPD.

The urgency of her decision reflects the concern about how unpredictable German politics could become in the coming months, including the possibility of early elections. In order to save her unpopular coalition government and pave the way for an orderly succession process, Merkel has triggered her own end-game. She will try to see out her full-term. That gives friends and foes, home and abroad enough time until 2021 to prepare for a new normal in German politics.