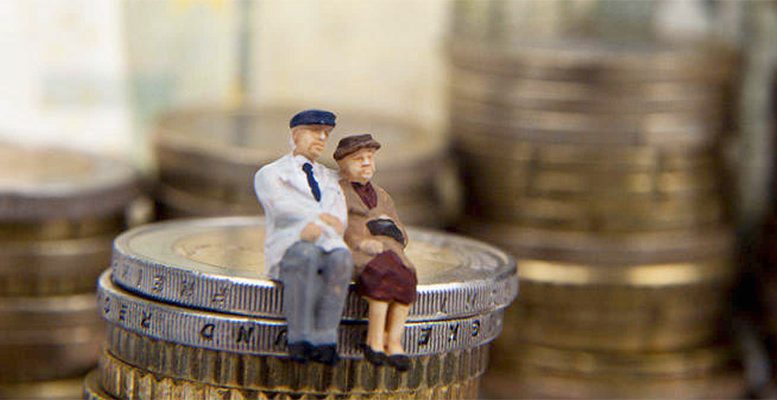 The most important underlying theme on the current calculation of pensions in Spain is knowing how things will develop if the government of Pedro Sánchez does not change the existing law, result of the 2011-2013 reforms, which guarantees a certainly sustainability in the system. A rigorous study by the Foundation FEDEA focuses on precisely this point. According to this organisation, still maintaining these reforms, given fairly benign assumptions on productivity, growth, employment and immigration, would have to result in the apparition of a significant systemic debt, which would have to be financed by an increase in contributions from the active work force or the issue of debt, in a state with a tendency to deficit and debt. These two alternatives will increase and get worse if the 2013 reform is abolished.

In effect, the worst case is if the Sánchez government carries out the reforms it is talking about, breaking the basis for stability mentioned and linking the calculation of the increase in pensions to annual CPI, a change which is completely unfair from the intergenerational viewpoint, as it translates the malign consequences of this change to future generations.

The no-reform is therefore today the least bad solution (despite its deficiencies). I move on to the analyse what the authors of the Fedea report say about the consequences of the reform which is on the table.

Maintaining constant the assumptions of the base scenario, and in particular those related to the influx of immigrants, we assume now that the 2013 reform is annulled , in such a way that from 2018 onwards pensions return to being updated in relation to the CPI and the sustainability factor is not introduced. The principal change is that the policy would result in much more generous pensions, and therefore more questionable sustainability without imposing heavy charges on certain cohorts (future active members of the labour market) (and possibly other contributors).

According to Fedea’s calculations, the expenditure on pensions will increase almost 6 points from now until a peak of 16.9% of GDP in 2052, which, without an increase in contributions, would generate a debt linked to the pensions system by the end of the 60s of more than 200% of GDP. To avoid this situation, very difficult to sustain, social security contributions (and other taxes) will have to be significantly increased.

When we are talking about a debt of 200% of GDP, we are talking about an exclusively pensions debt, to which would have to be added the debt of the State, currently 100% of GDP, and which seems unlikely to be easily reduced. It is not a panorama not to worry about and leave to future generations to deal with. The same could be said about a projection of social security contributions, just for pensions, of more than 40% of GDP, a complete nonsense.

The final conclusions of the authors of the Fedea report believe that even in the most favourable scenario for immigration (and ignoring the possible negative impact of immigration on average productivity), the annulment of this reform is a decision which should not be taken lightly:

For reasons of intergenerational equity and because it would mean increasing significantly the pressure that the pensions system exerts on public accounts which still register a significant deficit and high levels of debt in the best moment in the current economic cycle and which, moreover, will have to accommodate in the future increasing funding needs because health and dependency which are also very sensitive to the rapid process of aging of the population in which we find ourselves.

The counter-reform which is being considered for the Pact of Toledo (the base reform of the Spanish social security system agreed in 1995) would create a significant increase in the spending on pensions compared to maintaining the current system, which could end up unbalancing the system´s already fragile accounts over the next few decades to the point of rendering it unviable, resulting in an abrupt and traumatic adjustment at some point in the future which would lead to major overnight cuts in pensions and a very unjust distribution of the necessary adjustments between different cohorts of pensioners.

In the absence of other measures, this policy change would on average add, over the next half century, between 3.0 and 3.6 points of GDP to the annual deficit in the Social Security system depending on the evolution of migratory flows, with a peak of more than five points.

To avoid a debt spiral that would eventually lead us to default, it would be necessary to inject into the system resources of this scale which could come from an increase in social security contributions or an increase in the contribution of the State financed by an increase in general taxation. The necessary increases in taxes and contributions to finance the expected increase in expenditure would have to be significant, especially is they are delayed until the beginning of the adjustment and the debt continues to accumulate, and would undoubtedly mean a very heavy charge on certain cohorts of workers, which would at the very least be questionable in terms of intergenerational equity.

At the very bottom of this problem lies the demographic trends in Spain (and Europe), which raises other problems no less pressing than just pensions. The demographic decline is one of the main certainties which history teaches us about the future. In the major geostrategic lines which crisscross the globalised world of today, Spain is left ever more in the margins. First in Europe, second in the world. We should measure carefully our steps in domestic policy to not end up trapped in a position completely dependent and impotent which does not even leave us the minimal internal capacity to ride out a bearable mediocrity.